Aug 15, 2014 11:00 AM PHT
Agence France-Presse
Facebook Twitter Copy URL
Copied
The toll has climbed to 1,069, according to the WHO, with Sierra Leone, Liberia and Guinea at the epicenter of the outbreak 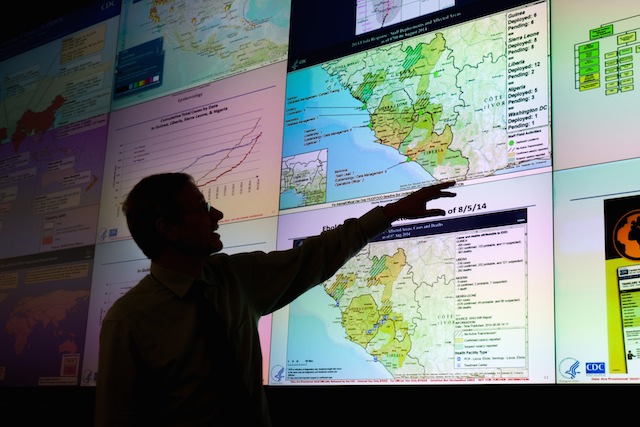 GENEVA, Switzerland – The World Health Organisation said the magnitude of the Ebola epidemic in West Africa has been “vastly” underestimated and extraordinary measures are needed to contain the disease.

The Geneva-based organisation said in a statement on Thursday it was coordinating “a massive scaling up of the international response”, in a bid to tackle the worst epidemic of Ebola since its discovery 4 decades ago.

“Staff at the outbreak sites see evidence that the numbers of reported cases and deaths vastly underestimate the magnitude of the outbreak,” it said.

The toll has climbed to 1,069, according to the WHO, with Sierra Leone, Liberia and Guinea at the epicenter of the outbreak.

The epidemic claimed a fourth victim in Nigeria on Thursday while the United States ordered the evacuation of diplomats’ families from Sierra Leone and analysts warned of a heavy economic toll on the stricken region.

“The outbreak is expected to continue for some time. WHO’s operational response plan extends over the next several months,” the organisation warned.

On Thursday WHO Director-General Margaret Chan held discussions with a group of ambassadors from Geneva’s United Nations missions. The meeting was aimed “to identify the most urgent needs within countries and match them with rapid international support,” WHO said.

“These steps align with recognition of the extraordinary measures needed, on a massive scale, to contain the outbreak in settings characterised by extreme poverty, dysfunctional health systems, a severe shortage of doctors, and rampant fear,” the statement concluded. – Rappler.com