TOKYO, Japan (UPDATED) – Researchers in Japan said Wednesday, August 27, they have been unable to replicate experiments that were hailed earlier this year as a “game-changer” in the quest to grow transplant tissue, amid claims evidence was faked.

In a scandal that rocked Japan’s scientific establishment, Riken – the research institute that sponsored the study – launched an independent experiment in April to verify research published by scientist Haruko Obokata and her colleagues earlier this year.

But the failure to replicate the experiment casts further doubt on the existence of stem cell-like cells, what the researchers called Stimulus-Triggered Acquisition of Pluripotency (STAP) cells.

“Researchers have conducted 22 experiments thus far, but we could not confirm the emergence of cells in the conditions described in (Obokata’s) papers,” Riken said in an interim report issued Wednesday. 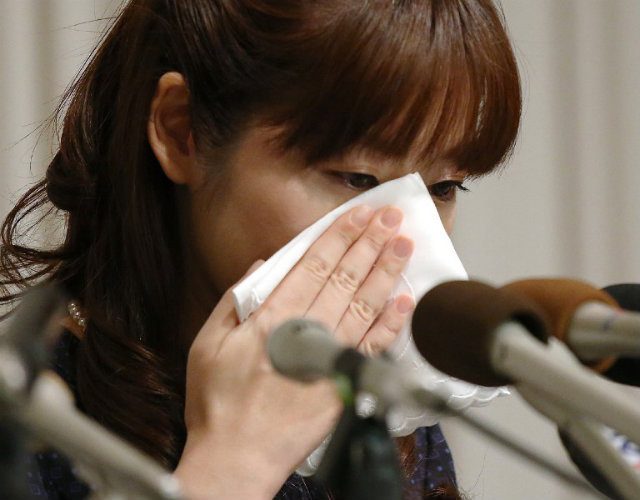 Obokata since July has been trying in tandem with independent teams to reproduce her own results.

The researchers will continue their experiments under more diverse conditions while also considering data obtained by Obokata herself, Shinichi Aizawa, a special adviser at Riken, told a lengthy press conference.

Obokata was feted after unveiling findings that appeared to show a straightforward way to re-program adult cells to become stem cells – precursors that are capable of developing into any other cell in the human body.

Identifying a readily manufacturable supply of stem cells could one day help meet a need for transplant tissues, or even whole organs, meaning that any advance in the field is met with excitement in the scientific community.

But suspicions began to emerge in the weeks and months after the research was published, building into one of the biggest controversies in scientific publishing for a decade.

Nature said it would tighten procedures to vet future studies submitted for publication.

It said the decision was taken after mistakes were discovered in some data published in two papers, photograph captions were found to be misleading, and the work itself could not be repeated by other scientists.

Researchers have been trying to replicate results appearing to show that exposing ordinary cells to various stresses had made them pluripotent, or able to develop into any type of tissue.

Riken had planned to implant these cells into mouse embryos to test whether they really were pluripotent.

But the experiments have been fraught with difficulty from the outset, with researchers unable to reproduce such cells.

On Wednesday Riken also announced a shake-up of the Center for Developmental Biology where the scandal took place, adding it planned to cut about half of its 40 laboratories.

CDB currently has around 400 researchers. – Rappler.com