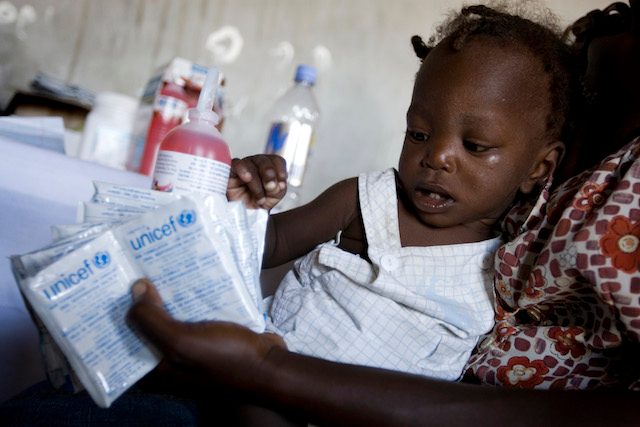 UNITED NATIONS – The child mortality rate around the world has dropped by nearly half since 1990, the United Nations said Tuesday, September 16, in its latest report showing a new decrease in 2013.

In 2013, more than 6 million children died before reaching the age of 5, around 200,000 fewer than the year before, according to the report by the UN children’s fund UNICEF, the World Health Organization and the World Bank.

“There has been dramatic and accelerating progress in reducing mortality among children, and the data prove that success is possible even for poorly resourced countries,” said Mickey Chopra, head of UNICEF’s global health programs.

A key factor underpinning the dramatic drop in under-5 deaths has been technological progress in the diagnosis and treatment of killer diseases.

“One of the most exciting things in the past few years has been the innovation in new technology which has allowed us to deliver life-saving interventions in a much more cost-effective manner, particularly in some of the poorest areas of the world,” Chopra told a news conference at UN headquarters in New York.

He cited the diagnosis of malaria, which has evolved from complex lab tests to a simple blood test on a strip.

“There is no need for doctors or nurses. Community workers can now do that,” he said.

The top killers of children under 5 also include pneumonia, diarrhoea and birth complications. Malnutrition plays a role in more than half the deaths.