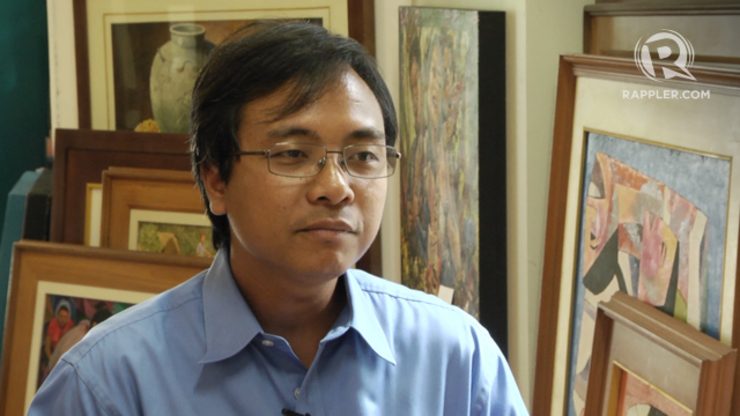 MANILA, Philippines – Philippine Climate Change Commissioner Naderev “Yeb” Saño will embark on a 40-day journey on foot from Manila to Tacloban City to commemorate Super Typhoon Yolanda (Haiyan) on its anniversary and to raise awareness on climate change.

On Thursday, September 25, he said he plans to start from Kilometer Zero in Rizal Park, Manila on October 2. He should reach Tacloban City in Leyte on November 8, exactly a year from Yolanda. It will be a journey of more than 800 kilometers.

Saño gained worldwide renown at the UN climate talks in Warsaw in 2013, days after Yolanda devastated the Philippines, with a desperate, tear-choked appeal for countries to strike a deal to avert mass tragedies of this kind.

“This Climate Walk is just one way of elevating my advocacy. I believe it has a big potential to open people’s eyes on the reality of climate change,” he told Agence France-Presse in an interview.

“(It) is borne out of a deep sense of duty to pay homage to communities that confront the realities of climate change, disaster risk, poverty, and environmental abuse,” he is quoted as saying on the project’s official website.

To reach Tacloban, the home city of his father, on schedule, the 40-year-old scuba diver and former triathlete said he would walk 7 hours daily from 5 am for 40 straight days.

He will undertake the journey beneath the tropical sun of the country’s traditional rainy season.

Local churches and schools along the route have agreed to provide him beds to sleep on at night, he added.

He said he will be joined by a small core of fellow walkers, while other like-minded individuals and groups would join him for stretches along his southeasterly trek.

Based on initial plans, the walk will start on October 2, the International Day for Non-Violence, in the Kilometer Zero marker at Rizal Park, Manila.

By November 7, according to organizers, marchers should be in Basey, the town right before Tacloban City.

On the morning of November 8, the one-year anniversary of Yolanda, participants will cross San Juanico bridge before arriving in Tacloban, ending the 40-day journey.

The primary objective of the Climate Walk, according to the event’s concept paper, “is to increase the awareness of the mass public on climate change and make each person aware [of] how climate change can personally affect them.”

To this end, the marchers are supposed to distribute a “Climate and Disaster Resilience Toolkit” to all villages, towns and cities along the route.

The toolkit is meant to help empower the communities to plan their own strategies for adapting to climate change and preparing for natural disasters.

There are also ideas to hold events on each day of the walk to raise awareness on various environmental issues affecting each area.

Saño said his planned ultra-marathon walk did not really compare to “what people go through” in the Philippines, described by experts as among the countries most vulnerable to extreme weather.

“We stare climate change in the face,” he said. – with reports from Agence France-Presse/Rappler.com