The man who watches Mayon 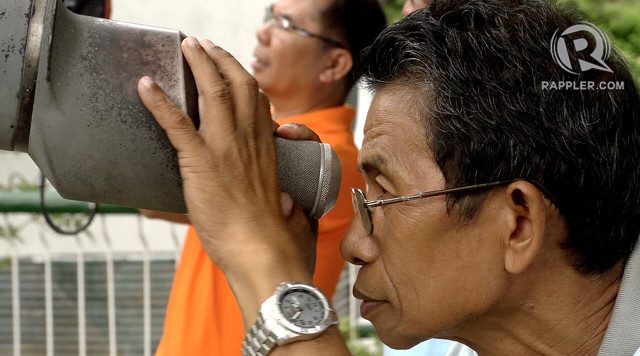 Facebook Twitter Copy URL
Copied
Phivolcs volcanologist Ed Laguerta has been observing Mayon Volcano since 1993 and has witnessed 6 of its 49 recorded eruptions. What's it like waiting for eruption after eruption?
LEGAZPI CITY, Philippines – Fifty-nine year-old Ed Laguerta has spent more than two decades – almost half his life – watching Mayon Volcano.

He is thin and wiry, his face as lined by cares as Mayon’s is lined by lava flows. The lines break into a warm smile after Laguerta makes a gentle joke during press conferences held every morning at the Albay Public Safety and Emergency Management Office (APSEMO).

It might be a comical metaphor for the expected hazardous eruption, mentioned in between updates on the number of rock falls in the last 24 hours, or a softly spoken jab at his colleague about to give his own updates on ground deformation.

In the months, weeks or days leading to a Mayon eruption, it is Laguerta’s words that people hang on to. As the resident volcanologist for Mayon and the lesser-known Bicol volcano Bulusan, he is often the one approached for updates gathered by his team – updates that could spell the difference between life or death in the communities surrounding Mayon.

Since taking the job as Mayon volcanologist in 1993, Laguerta has seen 6 eruptions. He has witnessed different types of eruptions from the lava fountains of the Strombollian to the sudden spurts of gas in a phreatic eruption.

All are dramatic events that happen below the ground, far from human senses. Most people see Laguerta, his team and the rest of Phivolcs as those in the know, but Laguerta says volcanologists have to deal with the unknown on a daily basis.

“What you are studying is below the ground and you are just guessing what the volcano is doing using the instruments that detected those information. Today, for Mayon, you cannot see physically that Mayon is abnormal. You can say, it seems to be quiet. But deep inside in Mayon right now, the unrest is very high.”

Part of dealing with the unknown, says Laguerta, is the almost unbearable wait for the eruption that could be a harmless spurt of lava or an explosion that could turn surrounding lands into a lahar wasteland.

With everyone, including local government officials, looking at Laguerta and his team for guidance, the pressure can make you paranoid.

“Sometimes you wake up, midnight or any time of the night just to be sure that nothing happens. And sometimes, even thunder will wake you up because you thought that might be a Mayon eruption,” he says.

It was especially scary for him as a young volcanologist who had just made Mayon’s acquaintance in the 1990s. Every turn of the weather would make him uneasy.

Laguerta’s office, the Phivolcs Albay headquarters, sits on Ligñon Hill in the southeastern outskirts of Mayon.

His team of 4 sit in front of wide computer monitors interpreting data from graphs, tables and various software.

A panoramic window reveals Mayon as the office’s majestic background. 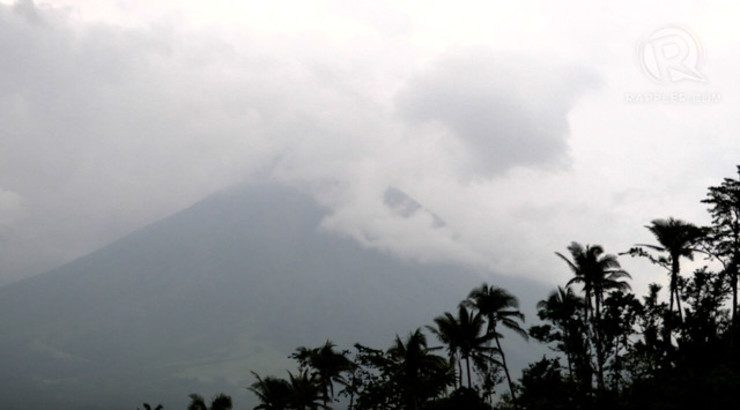 Different experts focus on various aspects of Mayon: the gases and minerals mixing inside, the magma collecting in its chambers, the earthquakes emanating when new magma breaks through the earth’s crust.

When Mayon acts up, experts from the Phivolcs central office are sent in. So on Friday, October 3, Laguerta’s office is a full house.

But instruments will only tell you so much. At the heart of Mayon’s moodiness is her deceptiveness, says Laguerta, who has become almost as familiar with the volcano’s moods as a perceptive husband is with his wife’s.

“Mayon is a legend of a lady, a beautiful lady, and it seems to be charming because of its beauty, conically-shaped, symmetrical. But deep inside, sometimes, it gets angry and shows tantrums and erupts unknowingly.”

Because of his knowledge of Mayon, the present “lull” in the volcano’s activities does not fool him.

“Mayon will not stop after the [lava] dome. It would really go into an eruption proper which will have some explosions, lava flows, that is dangerous to the people in the community,” he says. Watching over the capricious “lady” has required great sacrifices from Laguerta, not the least of which is having to spend time away from his family.

“To be a volcanologist during crisis, you seldom see your family. But during normal times, two days a week…During crisis like this you have to be at the observatory to help the community,” said the father of 5.

Making observations and gathering data for days on end is one thing. Telling it to the people most affected is another thing entirely.

Because critical changes in the volcano are often only detected by sophisticated instruments, it can be difficult explaining to people what they do not see.

In his job, being believed is the reward.

Sometimes, even thunder will wake you up because you thought that might be a Mayon eruption.

“To me, the feeling of relief is when the local governments accept what we are saying…That’s our consolation for looking at the volcano every time.”

He says his most memorable Mayon eruption was in 2001.

His team had raised the alert level to 4 at 10 in the evening. They quickly went to the village likely to be effected and convinced the people there to leave. True to their readings, in 3 or 4 hours, Mayon erupted.

“That uplifted our spirit, that what we did helped a lot for those people. It’s rewarding if what we are are seeing can help the local government.”

The approaching 2014 Mayon eruption will come and go as all eruptions do. Mayon will eventually quiet down and allow Albayanons to go back to their normal lives.

From being the center of crisis, Mayon will return to its peace-time occupation of being Albay’s most famous tourism site. The squat, stone office of Phivolcs on Ligñon Hill will once again become a curious building you pass by on your way to the hill’s viewing deck.

But Laguerta and his team will be there, quietly managing the unknowns for the rest of the province. – Rappler.com