How recycling trash puts food on the table 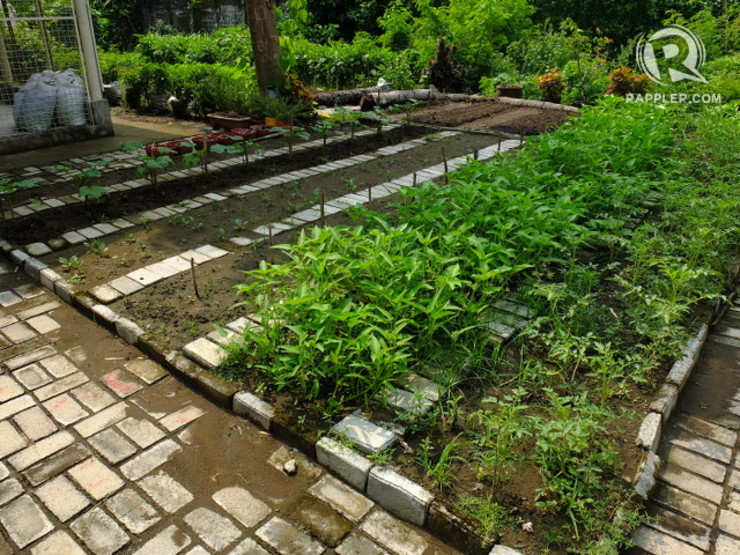 From Monday to Saturday, men in cart-strapped bikes go around the village at 7 am collecting kitchen and garden waste from around 2,000 houses.

The residents put their dinner left-overs, rotten fruits, fallen leaves, fish and chicken bones in the large canisters on the bike carts. The cyclists, called “biomen,” then bring all the waste to the barangay hall where the soggy, smelly trash is transformed into organic fertilizer for the barangay’s vegetable garden. 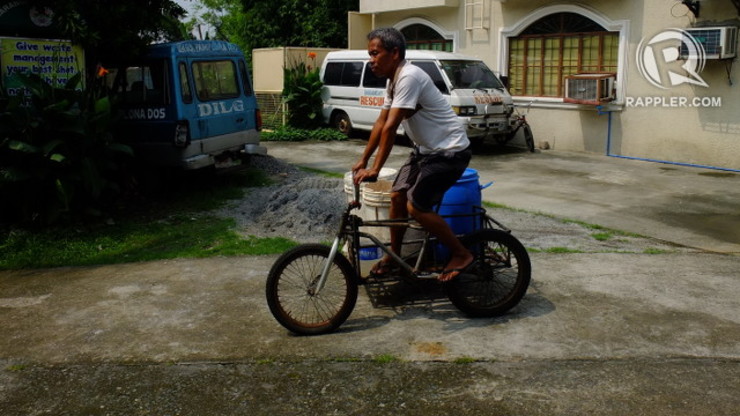 To add spice into the mix, the garden also boasts of herbs like pandan, ashitaba, basil, tarragon, and lemongrass.

The barangay’s vegetable patch feeds 4 to 5 families a day, on average, said former barangay captain Roberto Villalon who is now chief minder of the garden and the village’s organic waste management. (READ: Aiming for food security in the metro)

“They go up to the barangay hall to let us know they are taking some vegetables. We prioritize the families who we know live below the poverty line,” he told Rappler on Friday, October 10, in a mix of English and Filipino.

The vegetables and herbs are given away for free, as a way to encourage locals, especially children, to eat healthy.

“Junk food is cheap but our vegetables are for free,” added Villalon.

The village’s organic waste management program is one way the barangay is able to maintain the vegetable garden at minimal cost, enabling it to treat its residents to free healthy food.

Once the biomen arrive at the barangay hall, they mix all the organic waste they collected with cocodust – very finely shredded coconut husk that hastens the breakdown of the waste.

The ratio is usually one sack of cocodust, at a cost of as low as P50 (US$1.1*) per sack, for every sack of organic waste. If the moisture content of the waste is high, just add more cocodust, said Villalon.

The cocodust and organic waste mixture is then thrown into a shredder which cuts bulkier organic waste into tinier bits for faster decomposition. 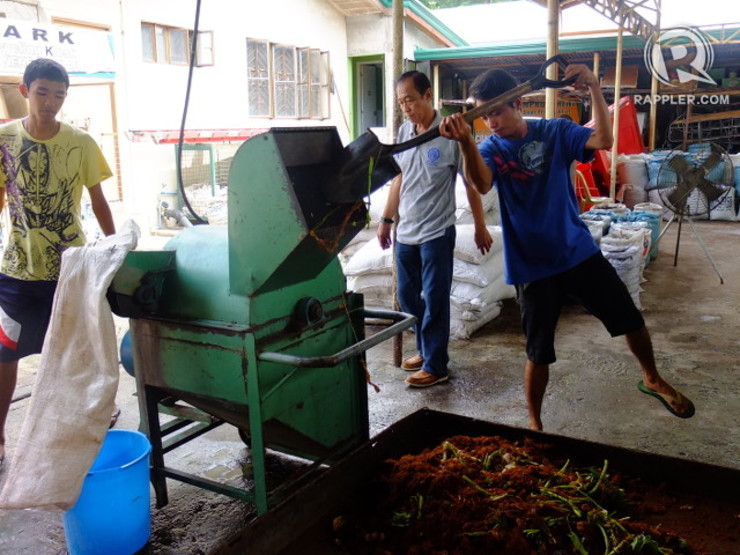 The shredded heap is then poured into one of the barangay’s 5 rotating composters along with a sprinkling of good bacteria that hastens decomposition.

The waste will then be slowly turned by the composter’s spinning metal drum for 5 to 7 days, by which time the mix, previously golden brown because of the cocodust, would have turned into the rich chocolate brown of compost.

The barangay is able to produce 35,000 kilograms of fertilizer per month. Farmer groups from Laguna, Batangas, Cavite, and Bulacan take turns receiving 500 sacks each, said Senator Cynthia Villar, who helped start the program when she was still congresswoman of Las Piñas City. 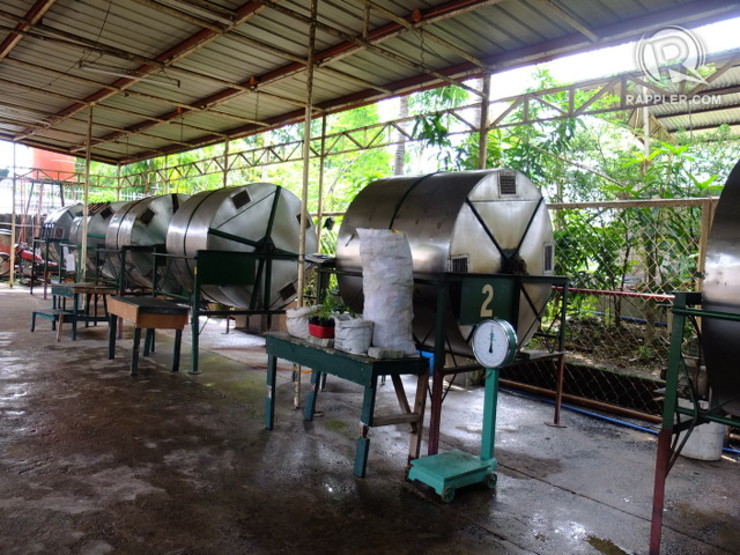 Being able to produce fertilizer to grow food was an unexpected bonus for a barangay that only wanted to lessen flooding.

“We were flooding and we found out it was because our rivers are full of waste,” said Villar.

The village found out that 40% to 45% of their garbage is kitchen and garden waste. But while it is easy to sell other types of trash like scrap metal, plastics and bottles, what can you do with organic waste in the city?

“In the province, people can use their kitchen waste because they use it to feed their animals. Can you take care of animals in the city? So it adds to what the city brings to the landfill. We started the program of composting so that instead of throwing away kitchen waste, we recycle it,” said Villalon.

This approach to garbage management has become more effective than simply telling locals not to throw their garbage in the rivers.

“It’s more effective when people see they are getting something out of disposing their waste properly,” said Villar.

Being able to harvest their own vegetables is one immediate benefit people can see from abiding by the village’s waste management program. 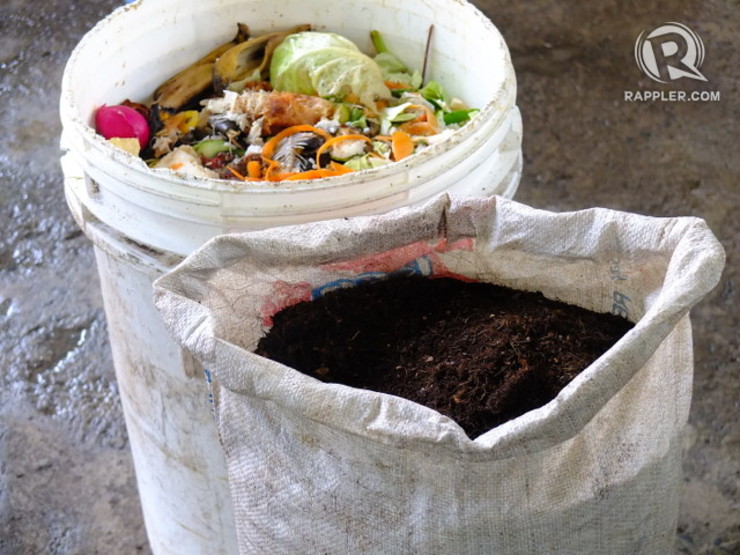 The program also provides a source of income for some locals. The biomen, for instance, earn P2,500 ($56) a month for working 3 hours a day collecting and composting household waste.

The village hires 15 biomen, 3 for each of its 5 rotating composters.

The village local government benefits from the program as well. Diverting the organic waste from its households lessens the number of trips garbage trucks have to make bringing the village’s garbage to the landfill.

The savings are significant, given that one trip per truck costs the village P9,000 ($201). (READ: QC wastes P250M yearly with flawed garbage program) 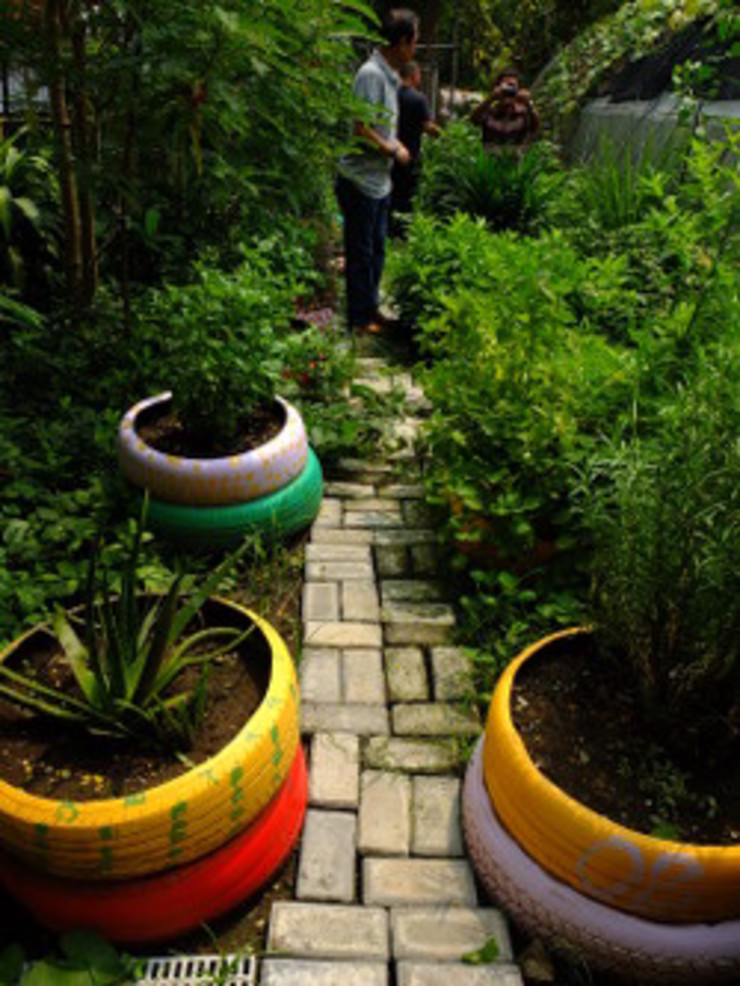 Because organic waste accounts for 40% to 45% of its total collected garbage, the program is able to almost halve its daily expenses in garbage collection.

Villar, who chairs the Senate Committee on Agriculture, says the model is scaleable. Bigger cities, which may have a hard time collecting from each household, can collect instead from groceries or supermarkets which also tend to generate a lot of organic waste.

The crucial ingredient is political will, something hard to come by in local government units that have become too comfortable with just sending all their garbage to the landfill. (READ: Garbage law impossible to implement? Look at San Fernando)

“All this is possible if the LGU wants it,” said Villar. “We have recycled most of our waste so if we can do it, everybody can do it.” – Rappler.com