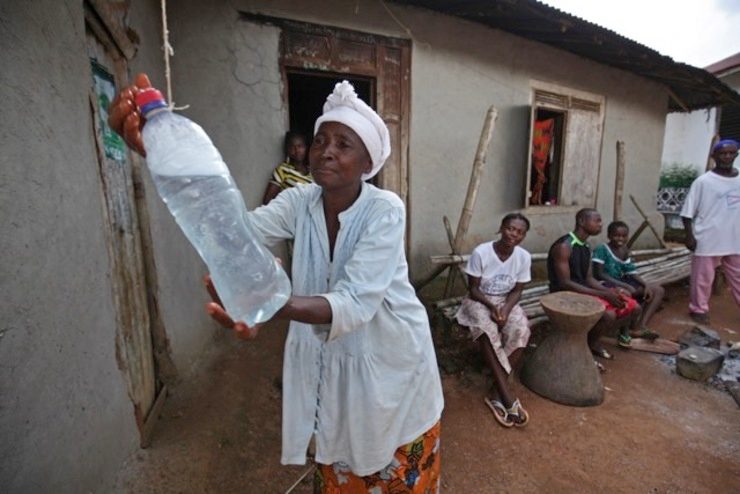 Facebook Twitter Copy URL
Copied
The fresh toll comes as the spread appeared to be slowing in the capital of Liberia, allowing the hardest-hit country to lift its state of emergency

GENEVA, Switzerland – The World Health Organization (WHO) said Friday, November 14 that 5,177 people had so far died of Ebola across 8 countries, out of a total 14,413 cases of infection, since late December 2013.

WHO has acknowledged though that the number of deaths is likely far higher, given that the fatality rate in the current outbreak is known to be around 70%.

The deadliest Ebola outbreak ever continues to affect Guinea, Liberia and Sierra Leone the most.

But the fresh toll came as the spread appeared to be slowing in the capital of Liberia, allowing the hardest-hit country to lift its state of emergency.

That marked fewer than the 2,836 deaths reported through November 9, and WHO explained that the discrepancy was due to a “reclassification” of some deaths, which turned out not to be due to Ebola.

Data from Mali, the latest country to be hit by Ebola, showed 4 cases of the deadly virus and 3 deaths, as of November 13. WHO had put the death toll at 4 on Wednesday, but the agency said one of the deaths had been reclassified.

Data from Nigeria and Senegal remained unchanged, and both countries have been declared Ebola free.

Nigeria had 8 deaths and 20 cases, while Senegal had one case and no deaths.

There has been one case of infection in Spain, where an infected nurse has recovered.

In the United States, 4 Ebola cases have been recorded and one person – a Liberian – had died from the virus.

Ebola, one of the deadliest viruses known to man, is spread only through direct contact with the bodily fluids of an infected person showing symptoms such as fever or vomiting.

People caring for the sick or handling the bodies of people infected Ebola are therefore especially exposed.

WHO said Wednesday that a total of 570 healthcare workers were known to have contracted the virus, and 324 of them had died. – Rappler.com