World’s next ‘miracle’ rice could be grown in PH

Nov 28, 2014 11:30 AM PHT
Pia Ranada
Facebook Twitter Copy URL
Copied
C4 rice could be the rice that will save humanity from famine induced by global warming. Scientists leading its development are working from Los Baños, Laguna.

Each batch of seeds gets its own tiny box, like volatile children who need their own room. After the seeds grow into young grass, the trays will be put in a carbon dioxide (CO2) chamber where the CO2 level in the air will be reduced to 15 parts per million (ppm), down from the normal 390 ppm outside.

Scientists will then wait for some of the grass to begin to die. Their degradation won’t be visible to the naked eye but through the microscope. The dying plants will then be examined for genes that “turned off” when the CO2 levels were lowered.

Specifically, they want the photosynthetic process in C4 crops to work in C3 crops. By doing so, the world could avert the impending global famine brought upon by the rapidly changing climate.

C4 rice, or rice with the photosynthetic process of C4 crops, is being positioned as the next “miracle” rice.

Over 100 scientists and 20 laboratories all over the world are contributing to the project. All efforts are being coordinated from the International Rice Research Institute (IRRI) in Los Baños. 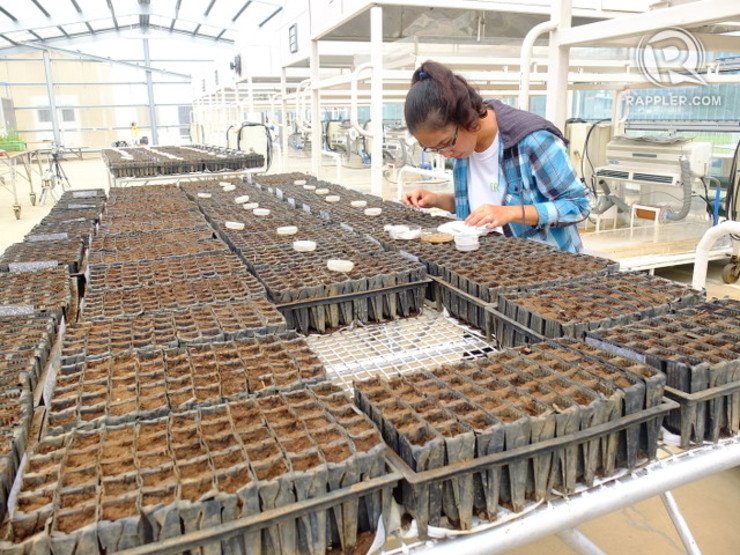 By 2050, the planet will have 2 billion more mouths to feed. Unfortunately, the increase in world population doesn’t come with an increase in land area planted with staple food crops like rice, wheat and potatoes.

Painting an even bleaker picture is the fact that food crops like rice are particularly sensitive to rising temperatures brought about by global warming.

In the Philippines, every 1 degree increase in night-time temperature could reduce the amount of rice harvested by 10%.

In short, without a miracle, the world could go hungry in 2050. At the very least, we can expect food to become alarmingly expensive.

“By 2050, we’ll need at least another 15% more food than we produce globally today. That’s 35 years away. That means we need to increase our rate of food production by between 1.5 to 2% a year. If we look at the rates of improvement we’re getting at the moment, we’re nowhere near that,” said Dr Paul Quick, head of the C4 Rice Project.

C4 rice can bring in the substantial increase in food production rate needed for food supply to cope with the growing human population.

C4 rice is expected to increase rice yield by 50%. It will also need less water and fertilizer than non-C4 rice lessening the need for irrigation and other costly inputs farmers usually spend on for a good harvest.

In short, it’s a rice revolution.

C4 rice is able to do all this by copying the photosynthetic process of C4 crops like corn, sorghum and sugarcane.

The project is all about “redesigning the photosynthetic process of rice to make it more efficient,” Quick told Rappler.

This is because the enzyme rubisco, present in C3 plants, was never able to adapt to present atmospheric conditions in which CO2 levels are much lower than they were 20 to 30 million years ago.

One cell, the mesophyll cell, acts as a “carbon dioxide concentration pump” releasing as much as 3,000 ppm of carbon dioxide for the plant to work with.

The more carbon dioxide, the more sugars get distributed around the plant, the higher the plant’s yield.

But it’s not as easy as it sounds. The C4 Rice Project is called an “Apollo” project for a reason. 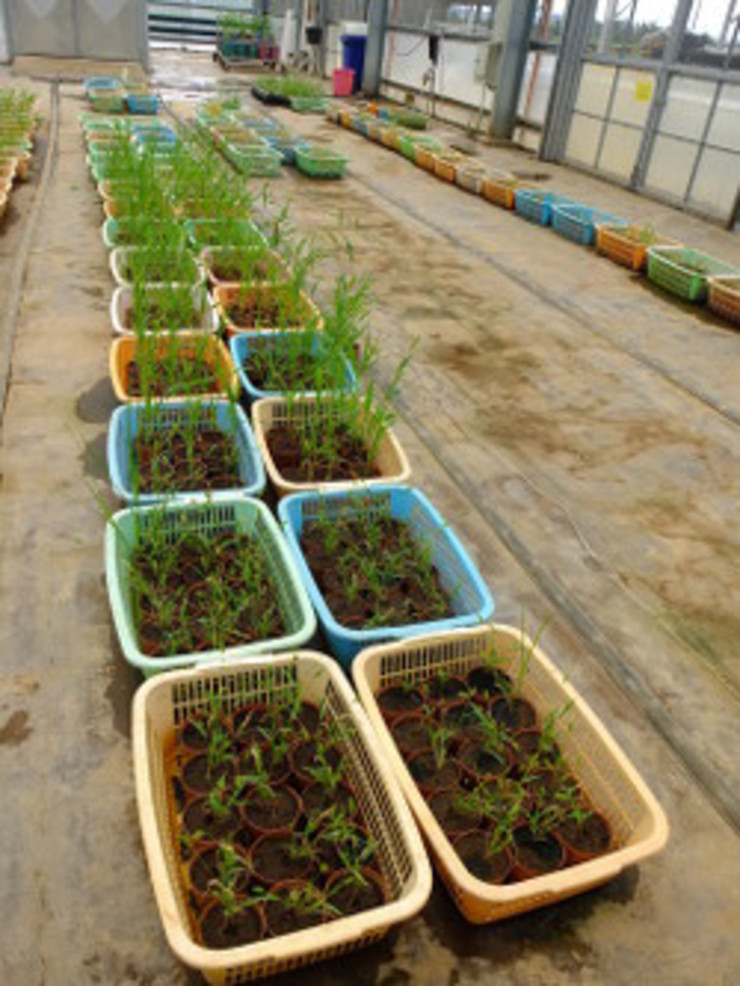 To change the way rice photosynthesizes means introducing a new biochemical pathway into rice and changing its anatomy.

For this purpose, scientists of the C4 Rice Consortium are searching for enzymes that could catalyze the various steps of the C4 photosynthetic process. They are getting most of these enzymes from corn. The various enzymes will then be isolated and inserted into rice.

Quick says they have made significant headway in the biochemical pathway aspect. They have so far introduced 5 biochemical enzymes into rice.

The tricky part is changing the anatomy of the rice plant’s leaf, where photosynthesis takes place.

“You need a very precise organization of cells,” said Quick.

“You have to have a turbo charger next to the engine next to a vein…Veins have to be closer together, only two mesophyll cells, more ridges. We don’t know how to do it.”

So what scientists are doing is learning how plants make leaf veins. Looking at the very early development of a leaf may get them one step closer to changing its anatomy.

So if rice is so drastically changed, will C4 rice still be rice?

Yes, says Quick. Its grains will still be the same, but hopefully more plentiful than in non-C4 rice. The only visible change will probably be that the leaves of rice plants will have more ridges, he said.

At this stage, C4 rice is likely to be a genetically-modified organism or GMO, a concept still repudiated by some environmental groups like Greenpeace.

But with the threat to food security so great, C4 rice may be one option worth exploring. (READ: 3 types of rice ready for climate change)

“Everyone’s trying their best in different areas and we think that C4 is just another area to enhance the production of rice. Everyone must be working on this if we’re not to have a massive famine in 2050. The more areas we pursue, the greater the chance we’ll be of succeeding,” said Quick.

The C4 Rice Project, begun in 2008 with a grant from the Bill and Melinda Gates Foundation and UK government, may take 10 to 15 years more to finish.

The team needs time and luck because the biggest challenge is discovering the right genes that could turn rice into a C4 crop.

To do this, other scientists in other screen houses will have to analyze hundreds and hundreds more of young plants in black trays, hoping to find the genes that will make all the difference. – Rappler.com