Dec 3, 2014 9:58 AM PHT
Agence France-Presse
Facebook Twitter Copy URL
Copied
WHO says it now recommends 9 to 13-year-old girls should receive two doses of the HPV vaccine, rather than the previous 3. 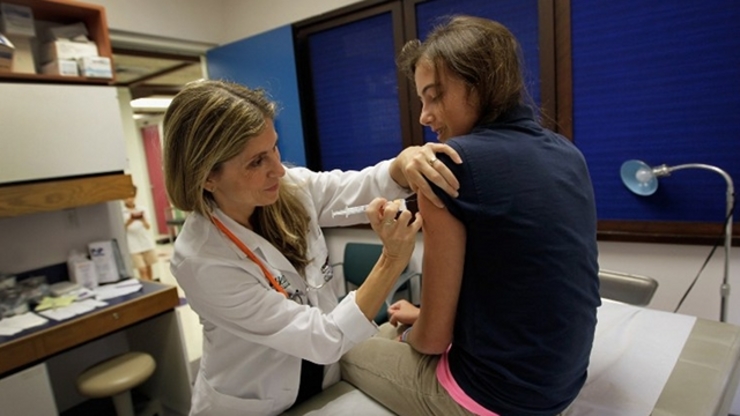 MELBOURNE, Australia – The World Health Organization introduced new cervical cancer guidelines Wednesday, December 3, making it easier and cheaper to protect women against one of the deadliest, but most preventable, diseases.

An estimated 270,000 people die each year from the cancer, of which 85% are in the developing world where many have limited access to healthcare and struggle to afford the vaccine.

In launching new guidance at the World Cancer Congress in Melbourne, the health agency said it now recommended nine to 13-year-old girls should receive two doses of the HPV vaccine, rather than the previous three.

The vaccine prevents infection with the human papillomavirus, the virus responsible for most cases of cervical cancer, and studies had shown that reducing to two doses was as effective as three.

The WHO said the change would make it easier to administer the vaccine and cut costs.

“WHO’s updated cervical cancer guidance can be the difference between life and death for girls and women worldwide,” said Nathalie Broutet, a leading WHO expert on cervical cancer prevention and control.

“There are no magic bullets, but the combination of more effective and affordable tools to prevent and treat cervical cancer will help release the strain on stretched health budgets, especially in low-income countries.”

She added that this could contribute “drastically to the elimination of cervical cancer”.

The WHO also recommended that once a woman had returned a negative result in a cervical Pap test, she did not have to be rescreened for at least five years, which would be a major cost saving for health systems.

Pap tests in many countries are currently recommended for women every two years once they are 18.

An estimated one million-plus women worldwide are currently living with cervical cancer, many of whom have no access to health services for prevention, curative treatment or palliative care.

While cervical cancer rates have fallen in much of the developed world over the past 30 years, largely due to screening and treatment programs, rates in many developing countries have risen, often due to limited access to health services.

Marleen Temmerman, director of WHO’s department of reproductive health and research, said gender discrimination and other social inequities, such as wealth, class, education and religion, were the problems.

“Unless we address gender inequality and ensure women’s right to health, the number of women dying from cervical cancer will continue to rise,” she warned. – Rappler.com