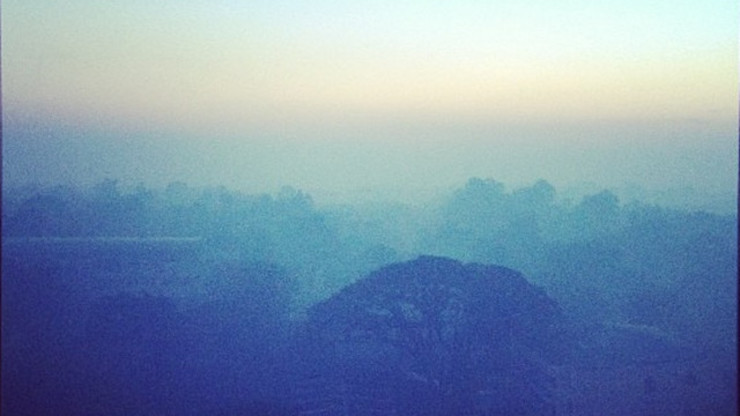 MANILA, Philippines – The post-New Year air pollution level in parts of Metro Manila was 13 times above safe standards, according to an initial report of the Department of Environment and Natural Resources (DENR).

Two cities – Las Piñas and Marikina – registered air pollution levels of around 2,000 ug/Ncm (micrograms per normal cubic meter of air) on the first morning of 2015 – 13 times above the 150 ug/Ncm level deemed safe by the World Health Organization.

These initial results represent only 4 of the 16 cities and one town in Metro Manila.

Results from other cities were still being collated as of writing and will be ready by Monday, January 5, said DENR Environmental Management Bureau Director Jonas Leones.

At 1 am on January 1, air pollution levels reached 2,000 ug/Ncm in terms of particulate matter 10 microns and below in diameter (PM10).

PM10 are particles small enough to penetrate the lungs and bloodstream, making it an important standard for healthy air.

Marikina City was a close second in terms of highest air pollution with its monitoring station recording a PM10 level of 1,988 ug/Ncm.

This was a 5,580% increase from the PM10 level recorded hours before the New Year’s Eve countdown – 35 ug/Ncm. 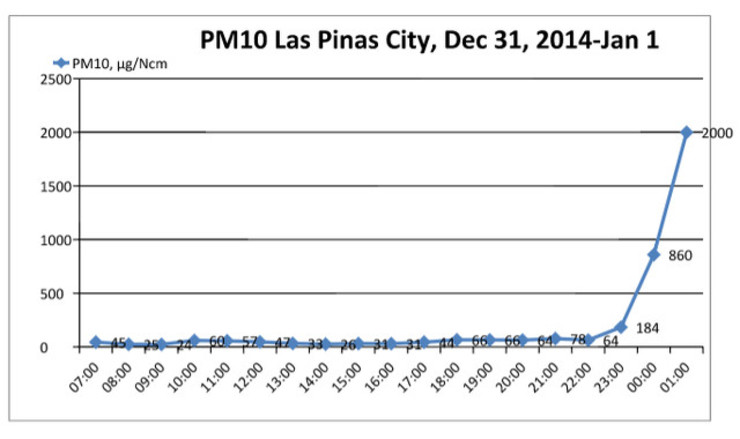 The alarming spike in air pollution was attributed, unsurprisingly, to the prolific use of fireworks on New Year’s Eve.

Leones was not surprised that Las Piñas and Marikina topped the list.

“These are cities with a lot of residential areas. The more households in a city, the more people setting off fireworks,” he told Rappler.

But New Year air quality this year can’t be compared to last year’s because of different conditions.

“It rained on New Year’s Eve and the morning after. The rain helped to lessen the concentration of air pollutants so it’s impossible to compare,” he told Rappler.

But based on the increase in air pollution levels in the hours leading to New Year’s Eve, he said he is certain there was no big change from last year.

The 2014 New Year revelry led to Metro Manila air pollution triple that of celebrations in 2013 and 10 times above safe levels.

He joined the call of Environment Secretary Ramon Paje for local government units to ban fireworks. President Benigno Aquino III and the Department of Health also appealed to citizens not to use fireworks to welcome the new year.

Six cities and one town are already prohibiting the use of fireworks in their jurisdictions. – Rappler.com