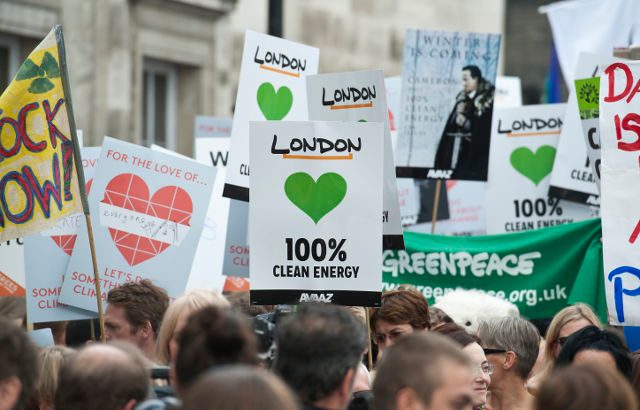 Facebook Twitter Copy URL
Copied
The issue that permeates everything, 'differentiation' is about apportioning responsibility between rich and developing nations for cutting carbon emissions

Most parties agree overall global warming must be limited to two degrees Celsius (3.6 degrees Fahrenheit) over pre-Industrial Revolution levels, though states that are most exposed to climate change want a lower ceiling of 1.5 C.

One proposal is to reduce greenhouse gas emissions by 40-70 percent from 2010 levels by 2050 and near-zero emissions by 2100, as advised by UN climate scientists.

Some parties want deeper cuts, sooner, while others are against setting any numerical targets in stone.

The issue that permeates everything, “differentiation” is about apportioning responsibility between rich and developing nations for cutting carbon emissions.

Developing nations want rich economies, which have polluted for longer, to shoulder a bigger burden. Wealthy countries, in turn, point to the rise of emerging giants like China and India as massive emitters of carbon from burning fossil fuel to drive their growth.

Developing nations want commitments from rich countries on financing and technical assistance to help them switch to greener energy and adapt to climate impacts.

They also want wording on compensation for poor countries for loss and damage incurred by climate change.

Rich countries are loath to take on binding long-term engagements in a fluctuating world economy and are leery about compensation.

In 2009, wealthy economies promised to mobilise $100 billion (89 billion euros) annually, from all sources, by 2020, and are under pressure to detail how they will arrive at this goal.

Will the Paris accord be a protocol that needs to be ratified by national parliaments, or a mere political declaration?

To what degree will a country’s emissions target be binding under international law and failure subject to censure or penalties?

Will there be a mechanism for measuring, reporting and verifying a country’s actions? – Rappler.com