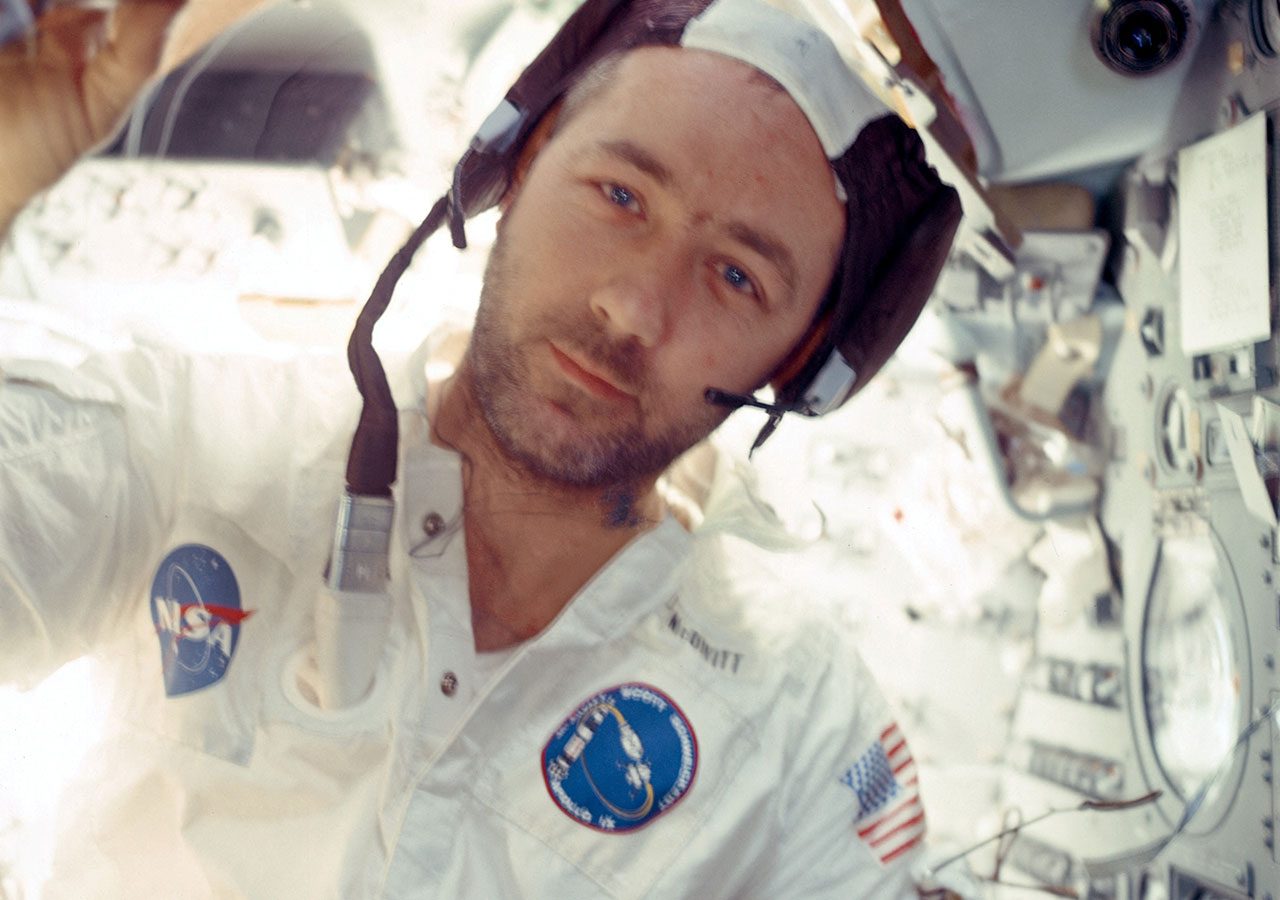 Facebook Twitter Copy URL
Copied
The astronaut and retired US Air Force test pilot died 'peacefully in his sleep surrounded by his family and friends in Tucson, Arizona,' NASA says in a statement

WASHINGTON, DC, USA – James McDivitt, a former US astronaut who commanded some of NASA’s earliest and most ambitious missions in space, died in his sleep last week at age 93, NASA said in a statement on Monday night, October 17.

McDivitt, who was selected for NASA’s second astronaut class in 1962, was the commanding pilot for the US space agency’s Gemini 4 mission in 1965 and Apollo 9 in 1969, a mission that helped pave the way for the first human lunar landing.

The astronaut and retired US Air Force test pilot died “peacefully in his sleep surrounded by his family and friends in Tucson, Arizona,” NASA said in a statement.

McDivitt’s two missions were instrumental in the Cold War-driven space race between the United States and Soviet Union, whose string of early spaceflight successes galvanized Washington to pursue rival achievements such as the Apollo 11 first crewed moon landing in July of 1969.

During that four-day spaceflight, he oversaw the first American spacewalk in which fellow astronaut Ed White floated outside of their spacecraft for the first time, tethered by a cord.

McDivitt later joined two astronauts as commander of the Apollo 9 mission, a crucial debut flight test of NASA’s Lunar Module that would later land astronauts Neil Armstrong and Buzz Aldrin on the moon during the Apollo 11 mission.

“Apollo 9 was a test pilot’s ultimate dream mission: Jim McDivitt & his crew tested many fundamental systems for the subsequent Moon missions, making them – and the landing – possible,” Luca Parmitano, an Italian astronaut for the European Space Agency, said on Twitter. – Rappler.com