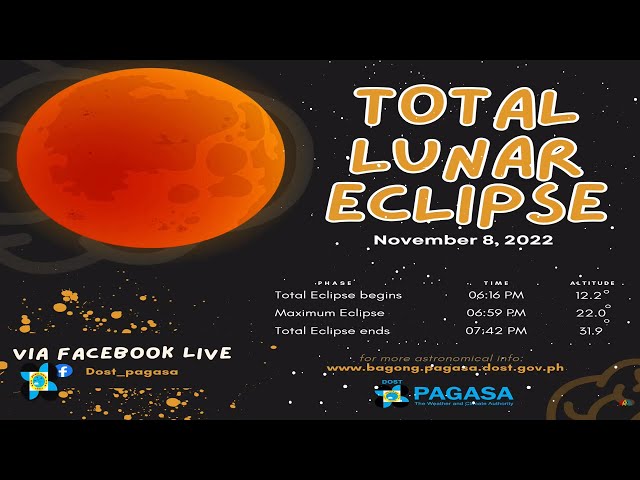 MANILA, Philippines – A total lunar eclipse will take place on Tuesday night, November 8, and it will be visible in the Philippines.

According to the Philippine Atmospheric, Geophysical, and Astronomical Services Administration (PAGASA), moonrise is at 5:19 pm, with the totality of the eclipse beginning at 6:16 pm. Greatest eclipse or the peak stage of the eclipse will be at 6:59 pm. The moon will remain in totality until 7:42 pm. It will then go into a partial eclipse until 8:49 pm and will end at 9:58 pm.

Here’s the view of the total lunar eclipse from the Giovale Open Deck Observatory in Arizona, United States: 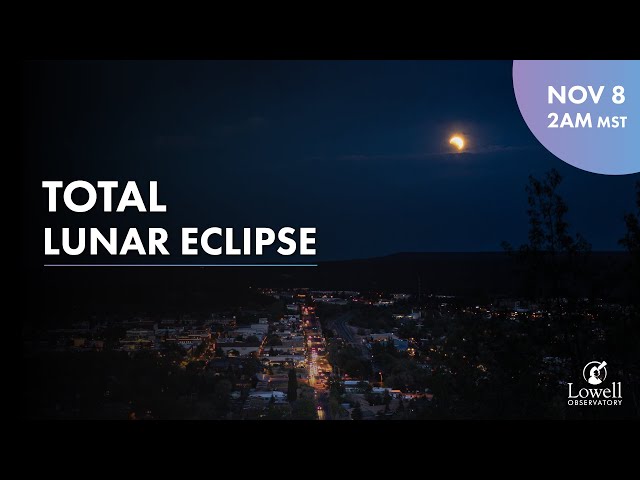 A Reuters report explains that “a total lunar eclipse occurs when the Earth casts its shadow completely over a full moon, blocking reflection of all direct sunlight from the lunar orb and dimming the color of the moon to a reddish hue, hence the term ‘blood moon.'” – Rappler.com