Facebook Twitter Copy URL
Copied
The new view of the pillars is unveiled by NASA on October 19, three months after Webb's inaugural batch of cosmic photos was unveiled as it began full operations 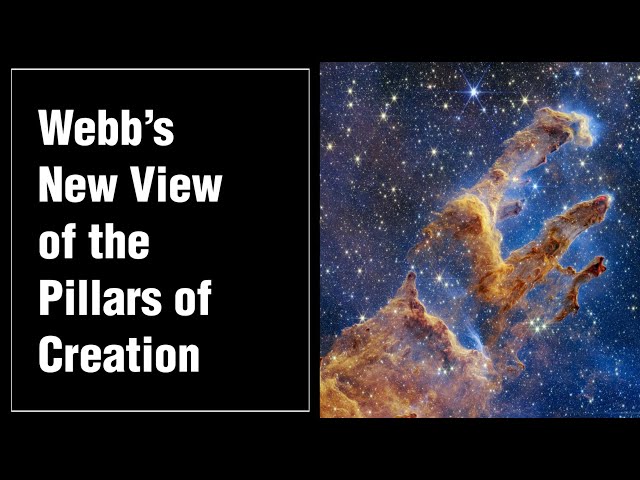 One of the most celebrated, awe-inspiring images of modern astronomy, revealing colossal spires of interstellar gas and dust called the Pillars of Creation, has been rendered anew with greater depth, clarity and color by the James Webb Space Telescope.

The new view of the pillars, first made famous when captured in 1995 by Webb’s predecessor observatory, the Hubble Space Telescope, was unveiled by NASA on Wednesday, October 19, three months after Webb’s inaugural batch of cosmic photos was unveiled as it began full operations.

The spellbinding images show vast, towering columns of dense clouds of gas and dust where young stars are forming in a region of the Eagle Nebula, in the Serpens constellation, some 6,500 light-years from Earth.

The image became a worldwide cultural phenomenon, emblazoned on to everyday objects ranging from T-shirts to coffee mugs.

Revisited by Hubble’s visible-light optics to create a sharper, wider scene in 2014, the pillars were rendered by Webb in the near-infrared spectrum with even greater translucency, bringing many more stars into view while revealing new contours of the gas-and-dust clouds.

The new view “will help researchers revamp their models of star formation by identifying far more precise counts of newly formed stars, along with the quantities of gas and dust in the region,” NASA said in material accompanying the latest image.

Bright red orbs appearing just outside of the pillars are infant stars, where enormous knots of gas and dust have collapsed under their own gravity and slowly heated up, giving birth to new stellar bodies, according to NASA.

Wavy crimson lines that look like lava at the edge of some pillars are ejections of matter from stars still forming within the gas and dust and are estimated to be only a few hundred-thousand years old, the U.S. space agency said.

Nearly two decades in the making under contract for NASA by aerospace giant Northrop Grumman Corp, the $9 billion Webb infrared telescope was launched to space on Dec. 25, 2021, in partnership with the European Space Agency and the Canadian Space Agency.

It reached its destination in solar orbit nearly 1 million miles from Earth a month later and is expected to revolutionize astronomy by allowing scientists to peer farther than before and with greater precision into the cosmos, to the dawn of the known universe. – Rappler.com