A medical professional administers a coronavirus disease (COVID-19) test on a member of the public at a drive-through clinic as authorities try to suppress a growing cluster of cases in Brisbane, Australia, March 30, 2021. Picture taken March 30, 2021.

Facebook Twitter Copy URL
Copied
A 44-year-old man is admitted to a Melbourne hospital with clotting, days after receiving the AstraZeneca vaccine, suffering serious thrombosis, a condition that prevents normal blood flow through the circulatory system

Australia will continue its inoculation program with AstraZeneca PLC, health officials said on Saturday, April 3, after a blood clotting case raised concern about the safety of the vaccine.

A 44-year-old man was admitted to a Melbourne hospital with clotting, days after receiving the AstraZeneca vaccine, suffering serious thrombosis, a condition that prevents normal blood flow through the circulatory system.

“We have not been advised at this time by ATAGI or the TGA to pause the rollout of the AstraZeneca vaccine in Australia,” Australia’s deputy chief medical officer, Michael Kidd, told a televised briefing Saturday afternoon.

Kidd said, however, that the blood clotting case is “likely” related to the vaccine. 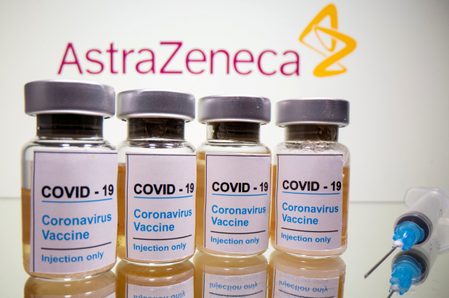 “The risks of serious side effects remain very low, but safety is paramount and that is why TAGI and the TGA are continuing to do due diligence on this case,” Kidd said, adding that further announcements would come next week.

On Thursday, Britain identified 30 cases of rare blood clot events following use of the vaccine. Several nations, including Canada, France, Germany and Spain, limited its use after similar reports.

Possible complications with the rollout of the AstraZeneca vaccine could further slow the already delayed inoculation drive in Australia.

Australia launched mass vaccinations for its 25 million people in February, with most expected to receive the University of Oxford/AstraZeneca vaccine, as 50 million doses are being produced domestically by CSL Ltd.

The country has had troubles, however, rolling out the program, missing a March target by about 3.3 million doses as states and the federal government bickered over the blame.

The troubles follow a year of significant success curbing the virus, with snap lockdowns, border closures and swift tracking limiting coronavirus infections to just under 29,300 infections, with 909 COVID-19 deaths.

On Saturday, Queensland state, the epicenter of the most recent small outbreak of the coronavirus, recorded one new infection, health officials said, but risks to the public were minimal as the victim had been in isolation for days.