Facebook Twitter Copy URL
Copied
Diana famously shook hands with AIDS patients at a London hospital in 1987, an action that was seen as a milestone in the battle against the stigma surrounding people with the virus 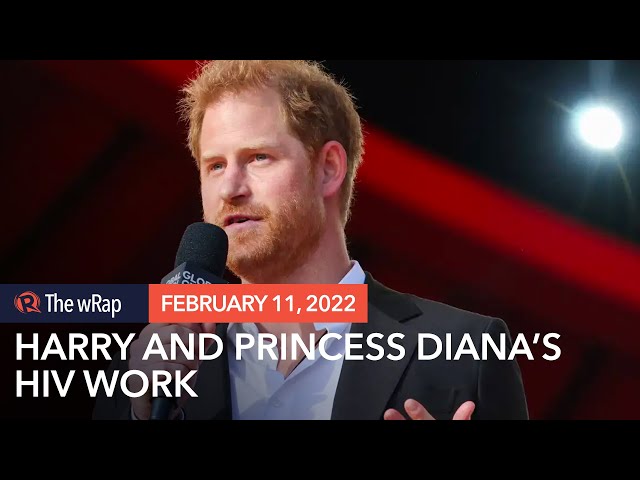 LONDON, United Kingdom – Britain’s Prince Harry said on Thursday, February 10, he felt compelled to try to finish the work of his late mother, Princess Diana, in tackling HIV and the stigma around it, as he urged people to get tested for the disease.

Diana famously shook hands with AIDS patients at a London hospital in 1987, an action that was seen as a milestone in the battle against the stigma surrounding people with the virus, and Harry has also become a prominent HIV and AIDS campaigner.

“My mum’s work was unfinished,” he told former Wales rugby union captain Gareth Thomas, who announced in 2019 he was HIV positive, in a video to mark National HIV Testing Week.

“I feel obligated to try and continue that as much as possible. I could never, you know, fill her shoes especially in this particular space … because of what she did and what she stood for and how vocal she was about this issue.”

The World Health Organization estimates that there were about 38 million people living with HIV at the end of 2020, and that AIDS-related illnesses had claimed more than 36 million lives since it began in the 1980s.

Leading HIV/AIDS charities are hoping that wider testing could lead to an end to new HIV cases in England by 2030.

Harry underwent a test for HIV in 2016, which sparked 500% increase in requests for tests from one charity, he said. But he said HIV testing had gone down about 30% during the COVID-19 pandemic.

“Every single one of us has a duty, or at least an opportunity, to get tested ourselves to make it easier for everybody else to get tested,” Harry said. “And then it just becomes a regular thing like anything else.” – Rappler.com