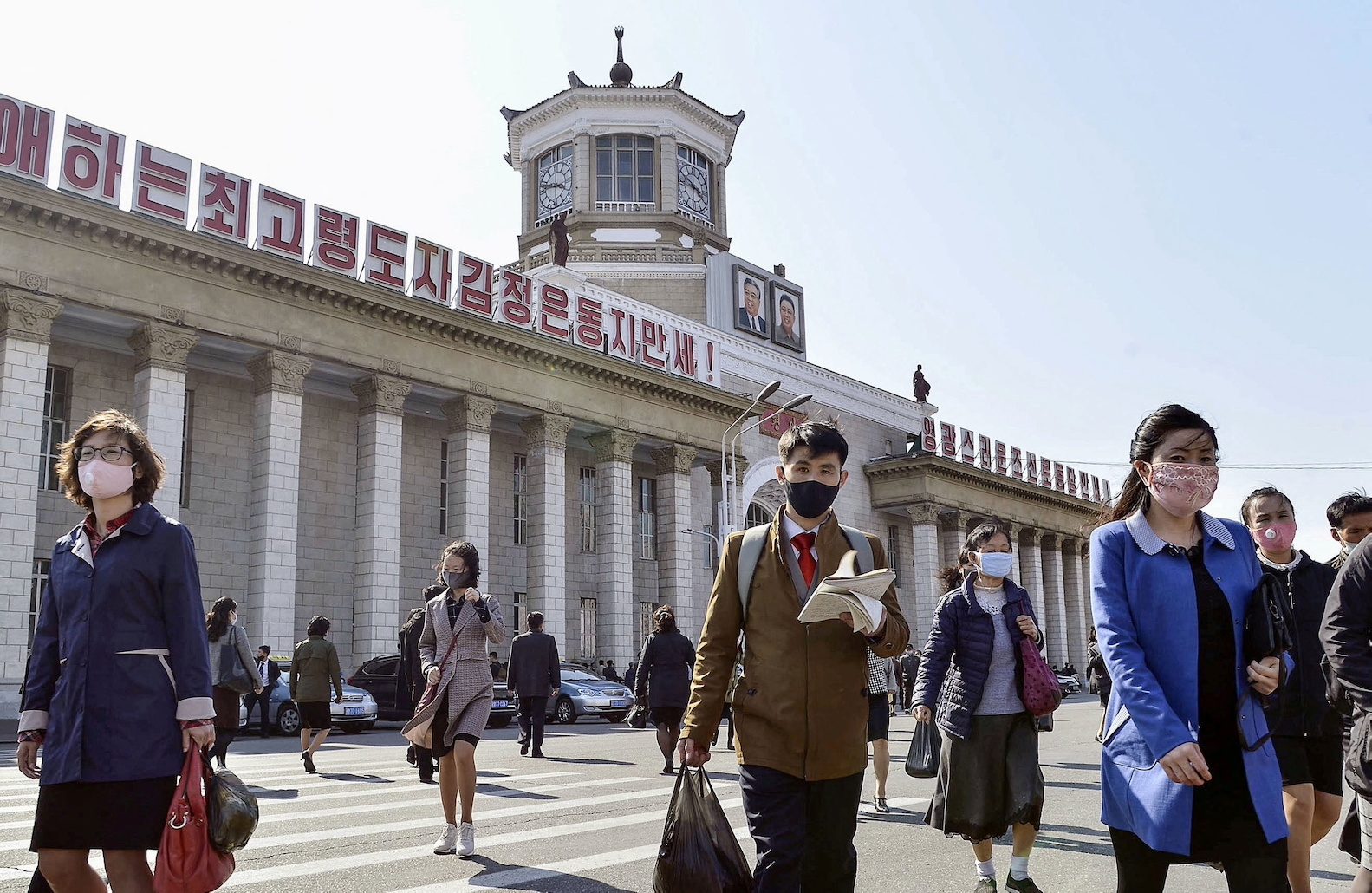 Facebook Twitter Copy URL
Copied
Along with Eritrea, North Korea is one of only two countries that have not started a vaccination campaign against COVID-19, according to the World Health Organization

SEOUL, South Korea – North Korea’s admission that it is battling an “explosive” COVID-19 outbreak has raised concerns that the virus could devastate a country with an under-resourced health system, limited testing capabilities, and no vaccine program.

The isolated North confirmed on Thursday, May 12, its first COVID-19 infections since the pandemic emerged more than two years ago, shifting to the “maximum emergency epidemic prevention system” and imposing a national lockdown. On Friday it reported its first COVID-related death.

State media have not confirmed the total number of COVID-19 cases so far, but said that more than 350,000 people have shown fever symptoms since late April.

Along with Eritrea, North Korea is one of only two countries that have not started a vaccination campaign against COVID-19, according to the World Health Organization (WHO).

The COVAX global COVID-19 vaccine-sharing program cut the number of doses allocated for North Korea as the country has so far failed to arrange for any shipments, reportedly over international monitoring requirements.

The latest reported assessment of whether leader Kim Jong-Un was vaccinated was from July 2021, when South Korea’s spy agency said there were no signs he had received a shot.

North Korea said last year it had developed its own polymerase chain reaction (PCR) equipment to conduct coronavirus tests, and Russia has said it had delivered small numbers of test kits.

But North Korea is heavily sanctioned over its nuclear weapons program, and since 2020 has maintained strict border lockdowns that have blocked many supplies.

Experts said that so far the pace of testing suggests North Korea cannot handle the number of symptomatic cases it has reported.

As of the end of March, only 64,207 of North Korea’s 25 million people had been tested for COVID, and all the results were negative, the latest WHO data shows.

“North Korea has been testing around 1,400 people each week. Assuming they were at their peak capacity, then they can perform 400 tests per day max – not nearly enough to test 350,000 people with symptoms,” said Harvard Medical School’s Kee Park, who has worked on health care projects in North Korea.

It’s unclear whether North Korea has imposed any mask mandates since the pandemic began. Citizens were at times seen wearing masks, but also going mask-free at some major political events that mobilized tens of thousands of people.

Kim was shown for the first time wearing a mask at the COVID response meeting on Thursday.

North Korea ranks last in the world for its ability to rapidly respond to and mitigate the spread of an epidemic, according to the latest Global Health Security Index in December.

Although it has a high number of trained doctors and the ability to rapidly deploy and organize staff in the face of emergencies, North Korea’s health care system is chronically under-resourced.

Every North Korean village has one or two clinics or hospitals, and most county hospitals are equipped with x-ray facilities, “though not necessarily functional ones,” the WHO said in its 2014-2019 Country Cooperation Strategy report.

Kwon Young-se, South Korea’s new nominee to be the unification minister, responsible for inter-Korean ties, said at his confirmation hearing on Thursday the North is believed to lack even the most basic medical supplies such as painkillers and disinfectants.

An independent UN human rights investigator reported in March that the North’s COVID-19 restrictions, including the border closings, could have prevented massive outbreaks “though likely at considerable cost to the wider health situation.”

The outbreak could pose a political challenge for the North’s authoritarian leader, North Koreans who had defected to the South said.

“Kim ordered the mobilization of reserve medical supplies, which means in North Korea they will now use war reserves and that general hospitals have ran out of medicines,” said Thae Young-ho, a former North Korean diplomat who defected to the South in 2016 and is now a lawmaker.

Ji Seong-ho, another South Korean lawmaker who left the North in 2006, said the virus could spread rapidly, due partly to the lack of a working medical system.

Monkeypox can be contained if we act now, WHO says