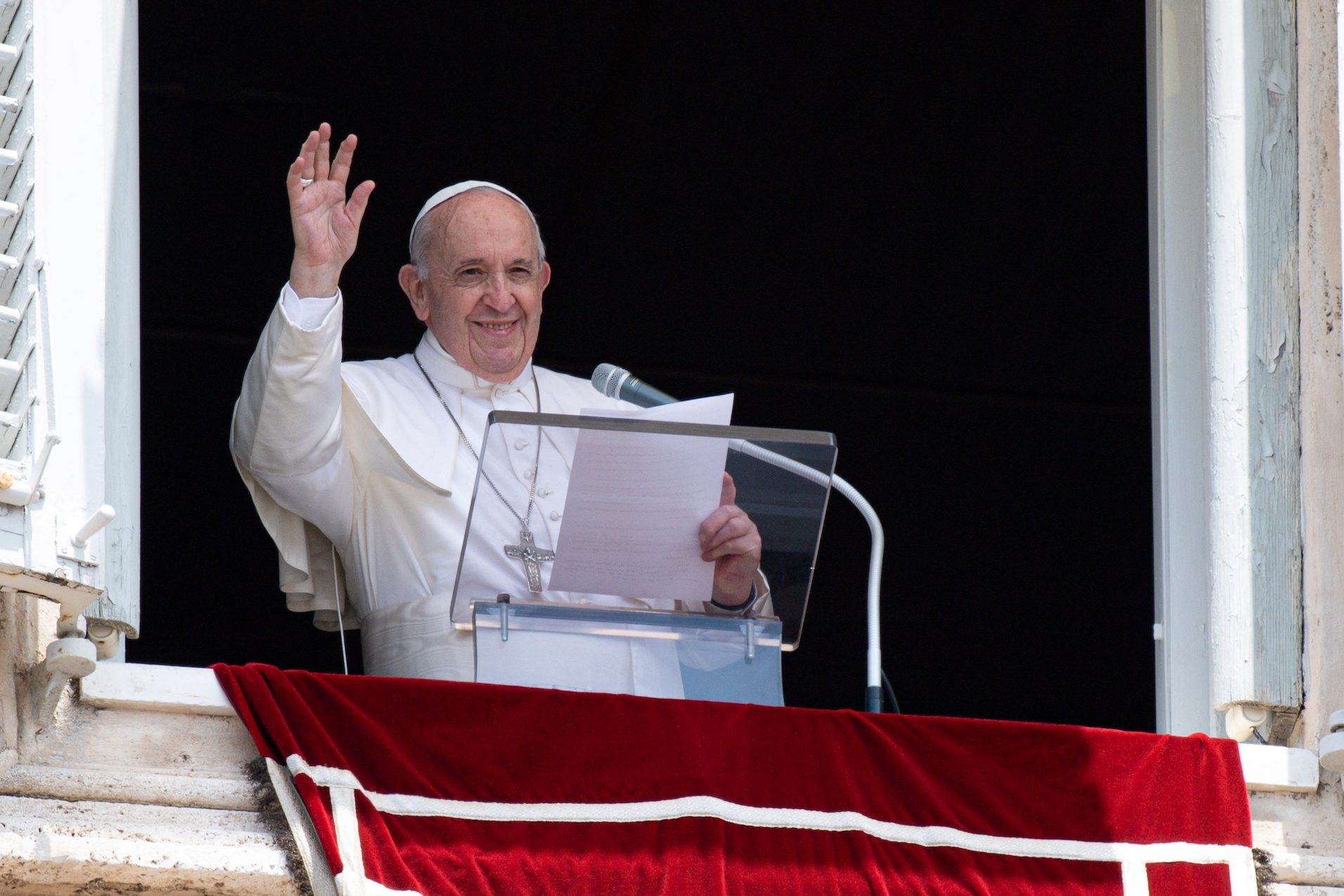 Pope Francis raises his hand in greeting as he delivers the Angelus hours before being admitted to Gemelli hospital for colon surgery, at the Vatican, July 4, 2021.

Facebook Twitter Copy URL
Copied
Here's what you need to know about symptomatic diverticular stenosis of the colon, the medical condition which caused Pope Francis to undergo surgery

Pope Francis will be in hospital for at least the rest of this week, recovering after a planned surgery to remove one side of his intestine for a medical condition known as symptomatic diverticular stenosis of the colon.

Many people as they age suffer from so-called diverticula, or small, bulging sacs that form on the lining of the small or large intestine, but the Pope was among those for whom the problem demanded an operation.

In his case, the Vatican said he suffered from “symptomatic diverticular stenosis”, in which sac-like pouches that protruded from the muscular layer of his colon caused it to narrow. Diverticular disease can cause pain, inflammation and trouble passing stools.

How many people suffer from similar problems?

Pope Francis is 84 years old, and age may be a factor since 50% of people over 60 years may develop bulges in the colon, though often without symptoms, according to the US Cleveland Clinic. Still, many develop so-called diverticulitis, whose symptoms include pain, nausea and fever that accompanies inflammation of these bulging sacs.

Some develop stenosis, or narrowing of the colon, that for the Pope required surgical intervention.

It’s not completely clear, but age, diet and lifestyle, and genetics likely play a role, according to Britain’s National Health Service.

As people age, their large intestines’ walls grow weaker, and the pressure of passing hard stools may cause sacs, or diverticula, to form. For some people, smoking, obesity and long-term use of painkillers like ibuprofen or aspirin may contribute to risks, doctors said.

What are the treatment options?

Some people may require antibiotics to resolve an acute case of diverticulitis, and doctors may recommend a high-fiber diet, according to the US National Institute of Diabetes and Digestive and Kidney Diseases.

In cases like the stenosis suffered by the Pope, doctors may decide to remove the unhealthy section of the colon, then reconnect the healthy sections.

Typically, the bowel stops working for a few days following surgery. In some cases, doctors can’t rejoin the ends of the colon immediately, so a surgeon does a temporary colostomy before later rejoining the colon’s healthy tissue during a second surgery, the US National Institutes of Health said.

In its statements, the Vatican has not mentioned a colostomy.

People typically go home within 10 days – the Pope plans to stay in Rome’s Gemelli hospital for seven, barring complications, a spokesperson said – but it may take three months to recover fully, according to guidance from the Australian government’s health agency. The Pope always suspends most public activities in July, giving him a month of near-total rest time, and August is also very slow at the Vatican.

Two days after surgery, his spokesman said routine tests were good and that Pope Francis had eaten breakfast and read several newspapers.

Can people do anything to avoid recurrence?

The Mayo Clinic advises that a low-fibre diet for years may put people at risk of developing diverticulitis. Lack of exercise may also be a risk factor, though even people who are physically active may develop symptoms.

Eating foods rich in fibre, plus drinking adequate fluids, can be helpful in keeping such conditions from returning, though as many as 60-70% of people who experienced one bout of diverticulitis may see it come back. – Rappler.com