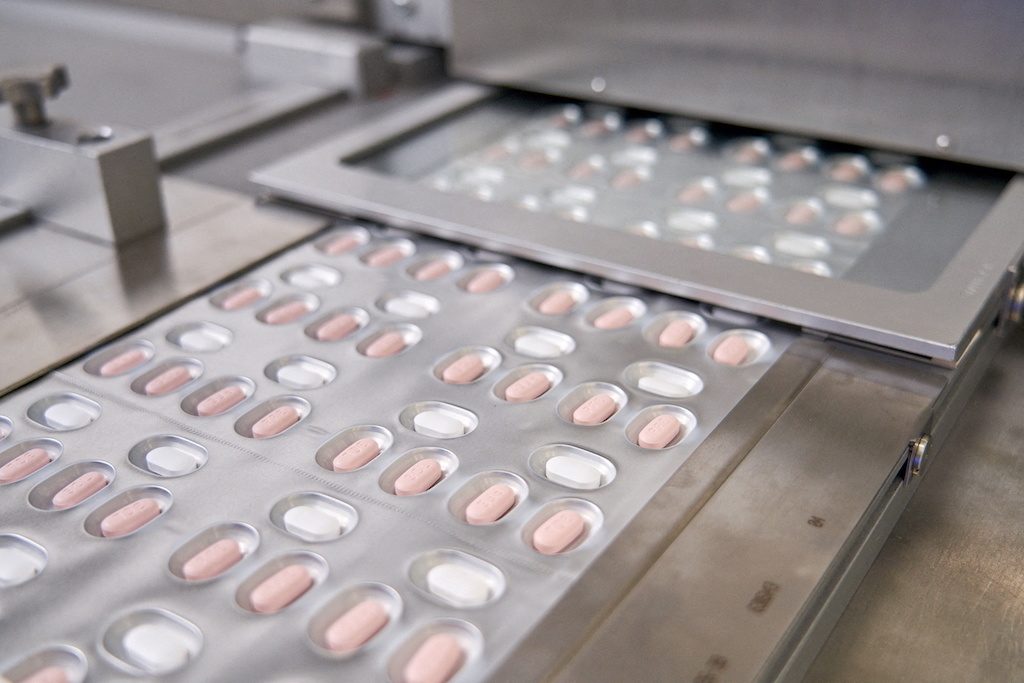 ANTI-COVID PILL. Paxlovid, a Pfizer's coronavirus disease pill, is manufactured in Ascoli, Italy, in this undated handout photo obtained by Reuters on November 16, 2021.

Pfizer struck a deal in 2021 with the group to allow generic drugmakers to make the pills for 95 low- and middle-income countries. They have been working since then to select the drugmakers they will license.

Paxlovid is expected to be an important tool in the fight against COVID-19 after it reduced hospitalizations in high-risk patients by around 90% in a clinical trial. The results were significantly better than those for Merck & Co’s MRK.N rival antiviral pill molnupiravir in its clinical trial.

Pfizer and Merck both struck deals with MPP to allow generic versions of their new drugs in some parts of the world, a rarity for pharmaceutical companies that usually fiercely protect their treatments over the life of their patents.

Merck, on its own and through the MPP license, has deals with dozens of drugmakers to make its pill and generic versions are already available in some countries.

But Pfizer and MPP do not expect any of generic drugmakers to be able to manufacture significant supplies of Paxlovid before the end of the year.

Six of the companies will make the main ingredient for the drug, nine plan to turn that into a finished product, and the remaining companies will do both.

Paxlovid is a two-drug treatment that pairs a new compound, nirmatrelvir, with the older antiviral ritonavir, which is already available as a generic.

Pfizer will not receive royalties from the sale of the generic versions of its drug while COVID-19 remains classified as a “Public Health Emergency of International Concern” by the World Health Organization.

Pfizer has said it plans to produce at least 120 million treatment courses of the treatment this year, well short of its estimate of the 2022 market for antiviral pills of 250 million people globally.

The company is also expected to provide around 10 million courses Paxlovid it produces to low- and middle-income countries this year, according to an official with the Global Fund, a healthcare NGO working to buy the pills from the drugmaker. – Rappler.com