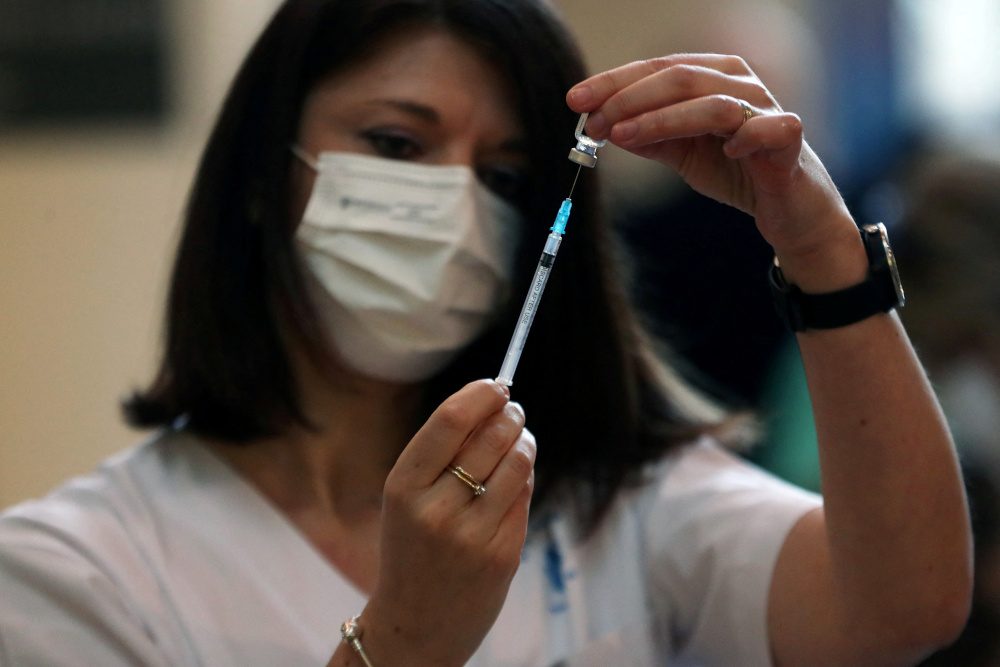 Facebook Twitter Copy URL
Copied
'We know by now that the level of antibodies needed to protect and not to get infected from Omicron is probably too high for the vaccine, even if it's a good vaccine,' Gili Regev-Yochay, director of Israel's Infectious Diseases Unit, says

JERUSALEM – A fourth shot of COVID-19 vaccine boosts antibodies to even higher levels than the third jab but it is not enough to prevent Omicron infections, according to a preliminary study in Israel.

Israel’s Sheba Medical Center has given second booster shots in a trial among its staff and is studying the effect of the Pfizer booster in 154 people after two weeks and the Moderna booster in 120 people after one week, said Gili Regev-Yochay, director of the Infectious Diseases Unit.

These were compared to a control group that did not receive the fourth shot. Those in the Moderna group had previously received three shots of Pfizer’s vaccine, the hospital said.

The vaccines led to a increase in the number of antibodies “even a little bit higher than what we had after the third dose”, said Regev-Yochay.

“Yet, this is probably not enough for the Omicron,” she told reporters. “We know by now that the level of antibodies needed to protect and not to get infected from Omicron is probably too high for the vaccine, even if it’s a good vaccine.”

The findings, which the hospital said were the first of its kind in the world, were preliminary and not yet published.

Israel was the fastest country to roll out initial vaccinations against COVID-19 a year ago and last month started offering a fourth shot, or a second booster, to the most vulnerable and high-risk groups. – Rappler.com