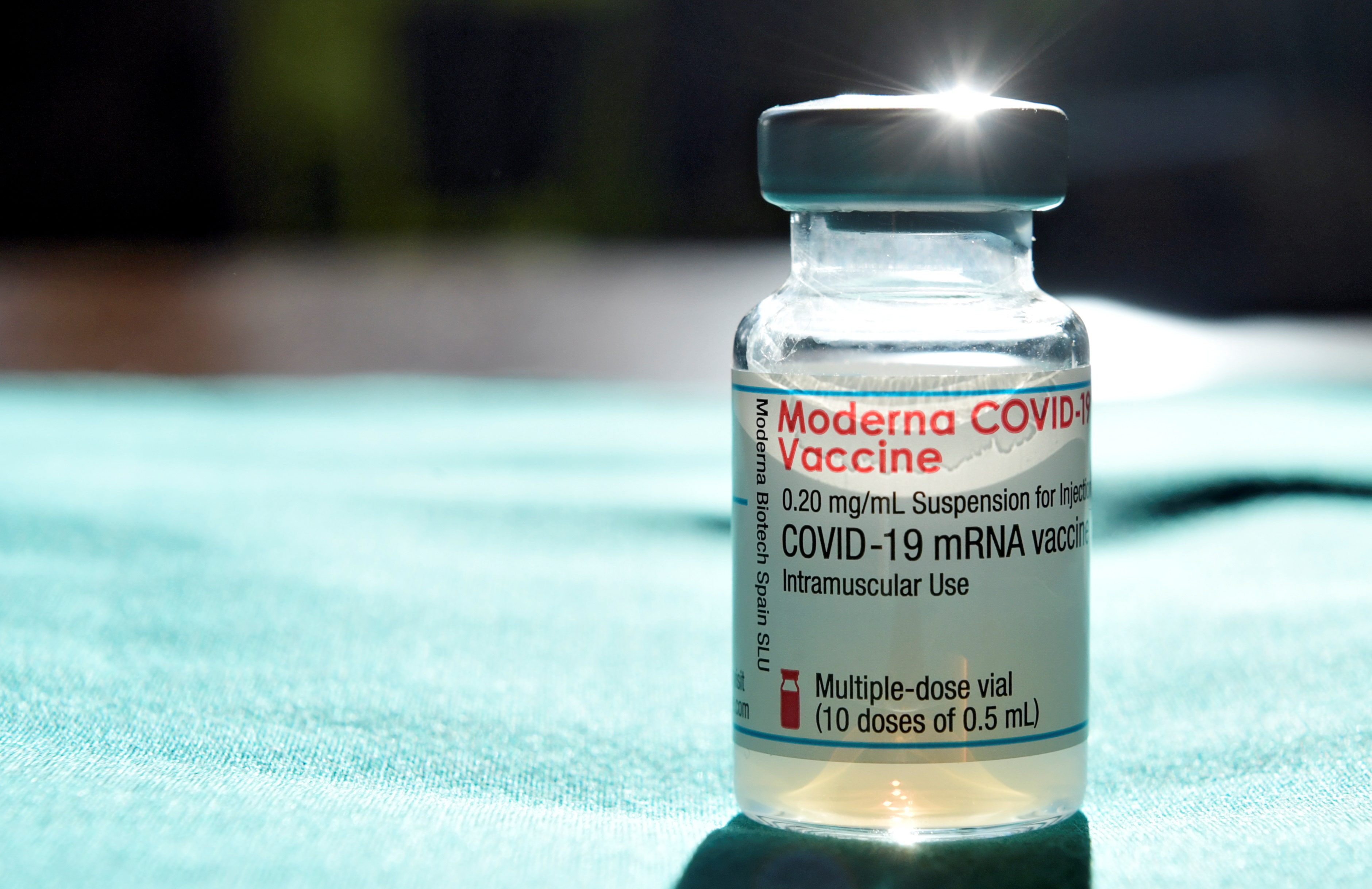 VIAL. A vial of the Moderna coronavirus disease (COVID-19) vaccine is seen at the Misericordia hospital in Grosseto, Italy, January 18, 2021.

Facebook Twitter Copy URL
Copied
The WHO says that the vaccine should be given in two doses at an interval of 28 days, which could be extended under exceptional circumstances to 42 days

The World Health Organization (WHO) issued recommendations on Tuesday, January 26, on the use of the Moderna COVID-19 vaccine and said it was working with the company to accelerate its approval of the shot for WHO emergency use listing.

The WHO’s Strategic Advisory Group of Experts on Immunization, known as SAGE, said that the vaccine should be given in two doses at an interval of 28 days, which could be extended under exceptional circumstances to 42 days.

The guidance on Moderna came several weeks after issuing their recommendations on the rival Pfizer vaccine.

“The main recommendation for the use of this (Moderna) vaccine is that based on the current elements we recommend it should be given in doses of 100 micrograms or 0.5 ml with an interval of 28 days,” Alejandro Cravioto, panel chair, told a news briefing.

“This interval might be moved to 42 days but the evidence we have does not go beyond that time,” he said.

After reviewing data the independent experts said it did not recommend the Moderna vaccine be used on pregnant women unless they are health workers exposed to the virus or have medical conditions putting them at high risk.

WHO director of immunization Kate O’Brien said that clinical trials of the Moderna vaccine were needed on pregnant women.

“There is no reason to think there could be a problem in pregnancy, we are just acknowledging the data is not there at the moment,” she said.

The WHO was liaising with Moderna on data it submitted as part of its application for WHO emergency use listing and would make a decision soon, she said, adding: “We are doing everything with Moderna to accelerate that process.”

The Pfizer and Moderna vaccines, both using mRNA technology, are “very similar,” except for Pfizer requiring an ultra cold chain which is difficult for some countries, O’Brien said.

“We do recommend that you use the same vaccine for your second dose that you received for your first dose,” she said.

In general, the WHO did not recommend vaccination for international travelers. – Rappler.com