Knockout power remains as Viloria blasts Soto in one round 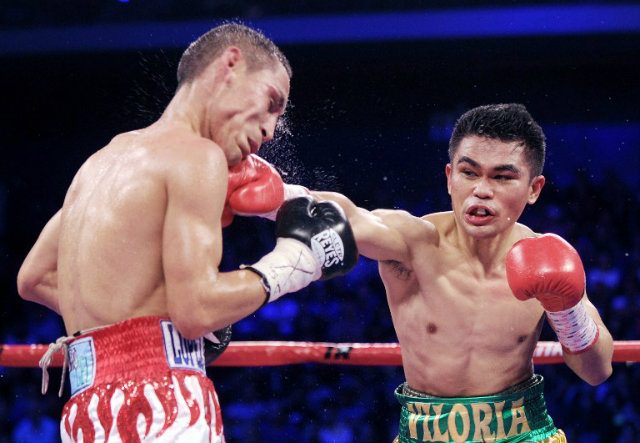 MANILA, Philippines – The first time Brian Viloria and Omar Soto met in 2010 was a closely contested affair that ended in a split-decision victory for Viloria.

The second time around, Viloria ended matters more conclusively. The two-division champion Viloria scored 3 quick knockdowns to finish the faded Soto at 2:02 of the first round, paving the way for another title opportunity for the 34-year-old Filipino-American from Waipahu, Hawaii.

Viloria (36-4, 22 knockouts) has now won 4 straight since losing the unified flyweight title to Juan Estrada by decision. Soto (23-12-2, 15 KOs) was fighting for the first time in two years and loses for the third straight time by knockout.

(READ: Viloria wants Gonzalez next: ‘He’s been dodging me’)

Viloria may now be in the mix for a rematch with Estrada in September, Viloria’s manager Gary Gittelsohn told Rappler this week, while rumors abound that Viloria could face undefeated Ring magazine flyweight champ Roman Gonzalez on October 17.

Viloria previously held the 108-pound title on two separate occasions before moving up to the flyweight division in 2011 where he found his greatest success, beating pound-for-pound candidate Giovani Segura, avenging a prior defeat to Omar Nino and stopping Hernan Marquez to unify the flyweight titles for the first time since 1965.