Rubio: Wiggins will one day be MVP, T-Wolves can make playoffs 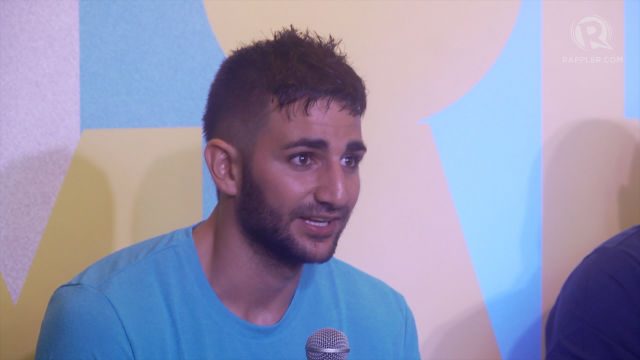 Facebook Twitter Copy URL
Copied
"He's going to be a big key for us to get to the Playoffs," Rubio says about Wiggins

MANILA, Philippines – While on the first day of his tour in Manila for Adidas on Friday, August 21, Minnesota Timberwolves point guard Ricky Rubio articulated the high level of confidence he has in his team for the upcoming NBA season and in one of his teammates for the future.

When asked if he feels the Minnesota Timberwolves, who went 16-66 last NBA season and haven’t made the NBA Playoffs in 11 years, can make it to the postseason in 2016 despite playing in a much tougher Western Conference, the Spanish national team guard said he thinks they can.

“I always dream big, and I always put the bar level really high,” the 24-year-old said at the Bonifacio Global City branch of Adidas during a press conference. “I know the Western Conference is really tough. There’s a lot of good teams who can make the playoffs, but I believe. I believe in me, I believe in my team, and I think we can do it.”

The 6-foot-4 Rubio, who averaged 10.3 points, 8.8 assists, and 5.7 rebounds a game last season with an effectiveness rating of 15.24, said that health will be a big factor in order for the playoffs-starving franchise to reach their goal.

“If we stay healthy, there’s no doubt that we’re going to have a chance,” said Rubio, who’s about to enter his fifth year in the NBA – all with Minnesota. “We [all] have to be there to do that, and dream big.”

Rubio, the Minnesota organization, and its fans have many reasons to be excited for the team this season.

The Timberwolves’ exciting young nucleus got richer as they picked up former Kentucky Wildcats star Karl Anthony-Towns with the number one pick in the 2015 NBA Draft. In addition, Flip Saunders’ other young weapons like Zach LaVine, Gorgui Dieng, Shabazz Muhammad, Adreian Payne, Anthony Bennett, and Andrew Wiggins will all have another year of experience under their belts by the time the 2015-2016 NBA season begins.

Wiggins is the key factor. Good enough to win last season’s NBA Rookie of the Year, the former Kansas Jayhawk averaged 16.9 points, 4.6 rebounds, and 2.1 assists per contest in his freshman campaign as a pro.

What’s more impressive than his statistics or athleticism is that he’s already displayed a great feel for the NBA game despite being just 20-years-old, making pundits believe he can one day blossom into a top-5 player in the league.

His point guard is thinking even further.

“I think Wiggins is going to be an MVP one day,” said Rubio, who missed a large chunk of last season due to a severely sprained ankle injury.

“He’s a great player, [has] fit in this league very well since day one, and I think as a team we’re really young but we’re adding some veterans that’s going to help us to grow up and follow where we’re going to go – going to make the playoffs.”

The T-Wolves have veterans Kevin Martin, Kevin Garnett, and Nikola Pekovic returning and added long-time NBA players Tayshaun Prince and Andre Miller this past offseason. They will need all the help they can get, seeing as 7 out of the 10 teams with the best regular season records last NBA season came from the Western Conference.

“It’s going to be a tough season because the West is tougher,” said Rubio, “but I think we’re in the right pace, we have a lot of young guys who can really play basketball, and Wiggins was the Rookie of the Year. He’s going to be a big key for us to get to the Playoffs.” – Rappler.com