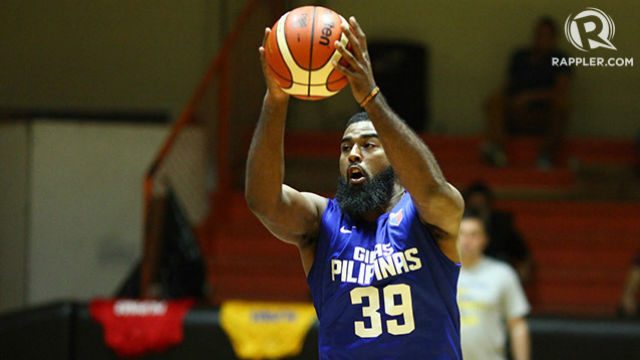 The 6-foot-7 Tautuaa, 26, was selected by the Talk ’N Text Tropang Texters, who had acquired the top pick in a trade with the Blackwater Elite last PBA season.

The reigning PBA D-League MVP was unavailable to go up on stage during the draft since he’s currently out of the country with the Philippine national basketball team, which just went 0-3 in a pocket tournament in Tallinn, Estonia. Versatile big man Troy Rosario was selected second overall by the Mahindra Enforcers. The former National University standout is also in Estonia with Gilas.
Rain or Shine then surprised everyone by picking Fil-Am Maverick Ahanmisi third overall. Ahanmisi, a former guard for the University of Minnesota Golden Gophers, played for the Cafe France Bakers in the PBA D-League.
The 6-foot guard previously said he wants to follow the path of 2014 first overall pick Stanley Pringle.
For the fourth overall pick, the Meralco Bolts took Chris Newsome from Ateneo to add to their deep collection of wingmen.
With the fifth overall pick, Barangay Ginebra selected triple-double machine Earl Scottie Thompson from the Pepetual Help Altas.
With the sixth overall pick, the NLEX Road Warriors added dynamic scorer Garvo Lanete.
Meralco’s second selection of the day with the seventh pick was used on San Beda standout Baser Amer.
With the eighth pick of the draft, the Star Hotshots, in its first year under the Jason Webb era, took Norbert Torres from La Salle.
With the ninth selection of the draft, the Blackwater Elite took Art Dela Cruz from San Beda to add to a roster that needs as much talent as it can get.
With their second pick of the day, the NLEX Road Warriors took Glenn Khobuntin from National University with the tenth overall selection.
At the number 11 pick, the Alaska Aces – who made the finals in two conferences last PBA season – took Kevin Racal.
Ending the first round of the draft, the Elasto Painters picked up Josan Nimes of Mapua with the 12th pick.
Draft results: