Sep 24, 2015 12:34 PM PHT
Mike Ochosa
Facebook Twitter Copy URL
Copied
It may surprise many to know that the Philippines has the 21st ranked baseball team in the world. The country's baseball NSA is hoping to revive the sport domestically to its former popularity 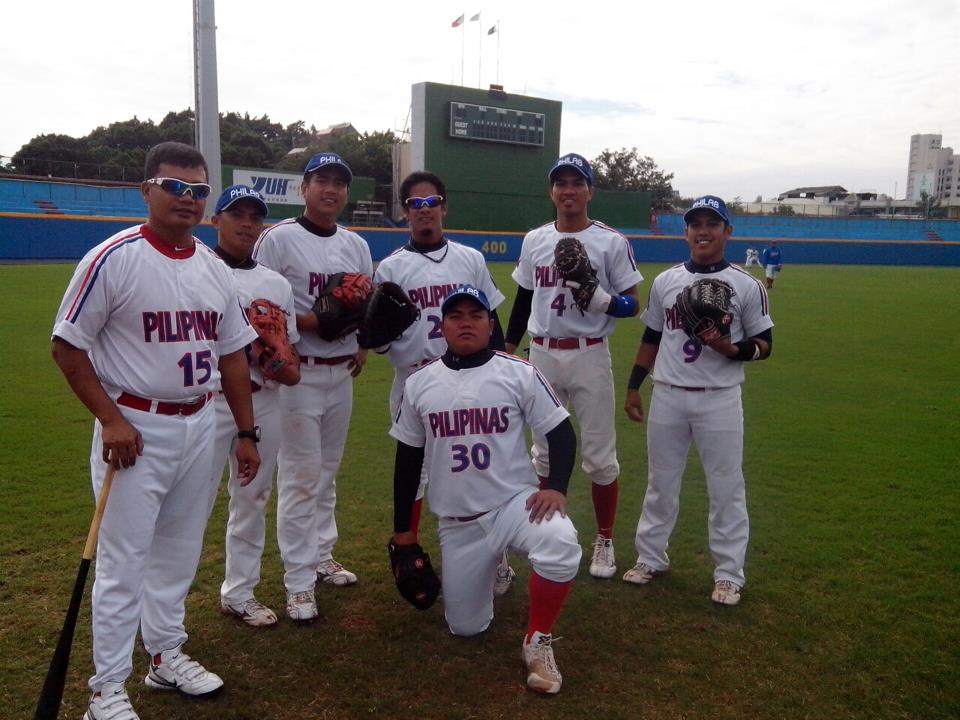 MANILA, Philippines – Korea came up with a stellar performance by beating powerhouse Japan and Chinese-Taipei early in the tournament to crown themselves champions in the Baseball Federation of Asia (BFA) sanctioned 27th Asian Baseball Championships. The tournament was held at Taichung, Taiwan last Sept 16-20.

The Philippines was originally listed to represent East Asia in this tournament. They emerged champions in the 11th East Asia Cup championship held last May at Jakarta, Indonesia. The Philippines once again showed their regional dominance by beating the home team, 10-0.  However, in a bizarre turn of events, last-placed Indonesia ended up sending a team instead of the Philippines.

The BFA was established in 1954 when the 2nd Asian Games were held in Manila, Philippines. Three other countries/regions namely Korea, Japan, Chinese Taipei joined in organizing the Federation which commenced operations in May of the same year.

It is ironic then that even if the Philippines is a pioneer of this international federation and even after earning the right to participate this year in this biennial event, it was replaced by the runner-up Indonesia.

“It is not an easy task.” says incumbent Philippine Amateur Baseball Association (PABA) President, Marty Eizmendi, referring to building, training and sending a team to international competitions. The failure to send the team to the tournament, he says, is the result of years of neglect and the absence of a working management system.

Marty Eizmendi was thrust into his involvement with the sport when early in 2011 he was asked by Philippine Olympic Committee President Jose “Peping” Cojuangco to help out then PABA President Hector Navasero in resurrecting the already ailing national sport association (NSA). At that time, the country was preparing for the South East Asian (SEA) Games and the baseball NSA was scrambling to put a team together. The association was mismanaged, there were no resources, and, more importantly, a team had not been assembled.

Eizmendi was told that the country does not have a national team yet as there was a lot of in-fighting between several personalities and the PABA president.  It was however imperative that a team be sent because this was a potential gold medal for the country.

He found an association in disarray. “The fight between those individuals and groups became bigger,” he laments. “There were 3 groups with three different national teams with coaches,” Mr. Eizmendi recalls with a smile.  He then went back to POC to report and recommended that the latter intervene. 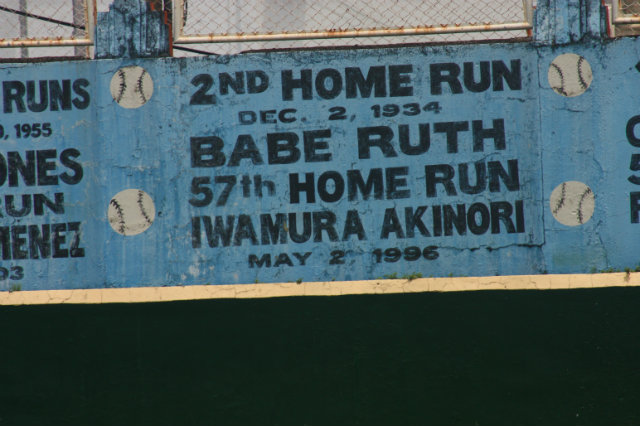 A part of the wall at Rizal’s baseball field commemorates

Upon this recommendation and with time running out, the POC together with PABA agreed to work together and proceeded to call its very first open tryouts in several decades. History will tell that a team was sent to the games and the Philippines as expected took home the gold medal.

Eizmendi thought that his participation would have ended there and declined an invitation by Mr. Navasero to be part of the association’s board. Nevertheless, Mr. Navasero proceeded with his plan and included Eizmendi as a board member in the General Information Sheet submitted to the Securities and Exchange Commission in 2012.

As fate would have it, Hector Navasero passed away in late 2013 and there was no succession plan in place.  Tom Navasero, the son of Hector who also functions as the Secretary General of PABA, immediately called for a board meeting to also include some key baseball stakeholders to elect the new officers of the association.

As expected, there was a scramble for power as several personalities claimed they were part of the board and are eligible to vote and run for several of the open positions. “Initially, the GIS document was produced and I was horrified to see my name on it,” quipped Eizmendi. “In fact several people who claimed to be part of the board were not naman pala.”

Marty shares how he was officially installed as President. “After that, the existing board, spearheaded by Tom Navasero called for a board meeting in his office… I came in late… and by the time I came in…he invited other stakeholders and they nominated me as the President and I became the President.” With a POC representative present, Mr. Eizmendi was elected the new President of PAB A.

Immediately, PABA had commitments to run two tournaments for the BFA in the country, an under-12 tournament and an under-18 tournament in 2014.

After consulting with the management of POC and PSC, Eizmendi accepted his new role. He knew it was going to be an exceedingly difficult task and truly did not know where to begin. PABA did not have any apparent system in place, records were all out of order, and it was in need of funding. The only force that was holding it together was the old man Navasero himself and his sudden demise made it all the more challenging for the new President.

Eizmendi had to solve the more immediate concerns quickly, particularly the commitments of the country to the BFA. He had to change tires while the PABA car was running.

Ensuring close communications with Mr. Tom Peng, President of International Baseball Federation (IBF),  Eizmendi focused on the two committed tournaments. PABA was able to hold the under-12 tournament in the middle of last year at the Rizal Memorial Coliseum but failed to host the under-18 competition.

“We had to pay a penalty of US$5000.00. But because I informed Mr. Peng and explained our situation, the suspension that normally accompanies the penalty was waived.”

(READ: Rizal Memorial Coliseum may soon be just a memory)

What is the NSA’s direction?

“First I need to unite baseball with all the stakeholders without a distinction of ‘can afford’ and ‘cannot afford’ for as long as you are good you will be part of the team.”  This is Eizmendi’s first objective.

“I then want to professionalize the NSA. It has no organization. It has no records. I have been asking for records and nothing was turned over. So during my watch I had to go to BIR, to SEC, all of that. I had to pay the penalties. Not a single cent came from government. That all came from personal initiative.”

Eizmendi also shares that one of his objectives is to be able to make all possible supporters of the game, from the POC and PSC and other entities, to understand that baseball is a team game that has a different set of requirements.  He intimates that he has not been given the proper funding because there is a misunderstanding as to what is truly necessary to succeed.

Down to the brass tax

Together with the POC, PABA has been in the process of identifying the right partners and stakeholders with the goal of unifying the process. Clearly there has to be clear relationship lines with the Local Government Units (LGUs) and the Armed Forces of the Philippines (AFP) to expose the game to the provincial and grassroots level.

Other entities that have international affiliations and a substantial following within the baseball community that can provide additional funding and transfer of technology are also being identified to be part of the organization. He is currently in talks with TOT Baseball, Little League Baseball, PRISAA and DepEd.

Eizmendi however realizes that participation of the private sector and corporate entities would allow the growth of the sport in leaps and bounds. Clearly a patron, much like how the Manny V. Pangilinan group supports basketball and boxing, would be a welcome partner.

On the ground, Eizmendi dreams of having an academy. He says,“If other countries have academies, bata pa lang they are already getting them and nurture them and make them into these fantastic players…” But in order to do this everybody should understand that to truly compete internationally it will take years and dedication not only from the players but from the supporters and the government as well.

“It pains me that people talk behind my back.” Eizmendi sternly comments. He is fully aware of the criticism others have thrown at PABA and to his person. “I have told Cong (Congessman Peping Cojuangco) and he just laughs it off and advices me to get used to it.”

“I have heard and read some of these comments,” he sighs. “There is one person who sends his comments and gets published on broadsheets and the next day comes to us to sell baseball equipment. There are some who in fact I have met and have shared some of our plans with and then I learn will be telling everybody else the exact opposite of our discussion.”

Eizmendi is just happy now that as he sifts through all these stakeholders, he is slowly able to identify those whose motives are to simply help the sport. He realizes that sooner or later, the true colors of everybody around him will be revealed, and he hopes that he can truly move forward.

“Funding is my biggest challenge.” Eizmendi says that if the budget he requested for was approved we would have been able to send a team to the Asian Cup. He empathizes with the players. He would have wanted them to play against the best in the world. They qualified for that slot.

Having the financial resources available to support PABA’s training programs and plans would be a big boost to redirecting the course of the organization. Eizmendi is hopeful that something good will happen in the next couple of months.

Baseball’s future in the Philippines

Baseball has been a sport that has brought pride to the Philippines. It is quite unfortunate that its popularity has decayed to a level close to obscurity.

However, despite all of the challenges and lack, our players have been able keep the country competitive and still ranked 21st in the world. The Philippines is ranked higher internationally in baseball than in basketball, football and volleyball, 3 of the more popular team sports today.

The national team members have proven that even without much, we continue to be a threat. They continue to dangle the possibility that if they get proper support, they should be able to do much better.

Eizmendi says that his commitment to the sport will remain until the baseball NSA becomes self-sufficient, with the systems in place and the right people involved.

Time is not on Eizmendi’s side, however.  A complete program from Grassroots level to the national team level has to be established quickly. What he will do in the next couple of months will either silence his critics or make their noise much louder.

The PABA is the central body of baseball but without strategic support it will not flourish. There needs to be a revival for the love of this game. Everyone must put their personal agendas aside to allow it to thrive once again.

In the meantime, Filipino baseball players, young and old are waiting with bated breath. Not being able to play in this year’s Asian championship is water under the bridge. To play in the next one or participate in future World Baseball Classic tournaments are real and achievable goals. They are, nevertheless, still hopeful that Philippine baseball will be great once again.

The prayer is to not miss any other opportunity. – Rappler.com