Oct 3, 2015 10:21 PM PHT
Jane Bracher
Facebook Twitter Copy URL
Copied
The Philippines misses the outright berth to the 2016 Summer Olympics and will instead be relegated to the FIBA Olympic Qualifying Tournament 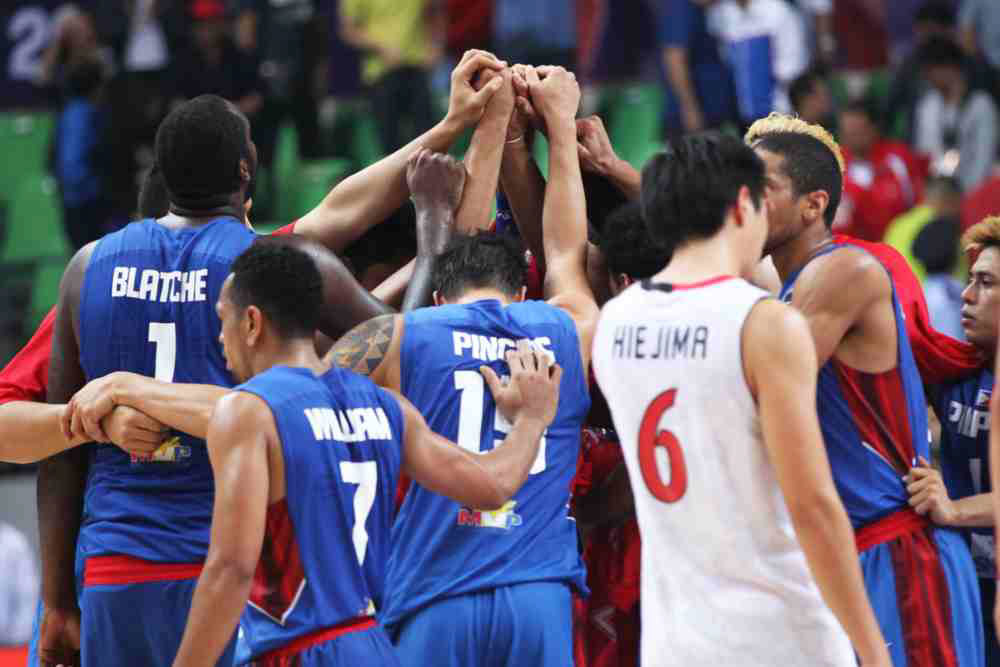 MANILA, Philippines (UPDATED) – The odds simply were too much to overcome.

Amid the roar of a crowd hell bent on seeing them lose, Gilas Pilipinas fell versus the giant China, 78-67, to settle for silver in the 2015 FIBA Asia Championship on Saturday, October 3 in Changsha, Hunan, China.

The Philippines missed the outright berth to the 2016 Summer Olympics and will instead be relegated to the FIBA Olympic Qualifying Tournament happening in 2016 from July 5 to 16. That qualifying tournament will have 18 national teams from FIBA’s primary events divided into 3 competitions of 6. The winner from each tilt will qualify for Rio 2016.

Hosts China will return to the Olympics, where they have been a fixture since 1976. It is the second straight silver medal finish for the Filipinos after losing to another big team in Iran back in 2013.

Naturalized big man Andray Blatche was the only player in double figures for Gilas with 17 points and 5 rebounds.

Guard Jayson Castro, known as Jayson William internationally, never got going in the game as he finished with only 8 points on a miserable 3-of-14 shooting from the field on top of 6 rebounds and a single assist. This was the only time Castro scored below 10 points.

Calvin Abueva and Terrence Romeo chipped in 9 points each, while Gabe Norwood and Ranidel De Ocampo had 7 points apiece.

Guo Ailun topscored for China with 19 points and 6 rebounds while 7-foot-1 center Zhou Qi had his way underneath with 16 points and 14 rebounds.

Gilas started the game well at 5-0 and led for a while but the Chinese steadily crept back in and erected a double-digit lead thanks to 14-of-22 free-throws while the Filipinos had only 7-of-11 from the stripe.

China, ranked 14th in the world by FIBA, never relented the 46-35 halftime lead they established as they hit open baskets from the outside. They led by 16 point bulges in the second half and with just over 3 minutes remaining.

The game got ugly as early as the first half with calls and breaks not going the way of the Philippines, as the Gilas bench and players incessantly complained all game long. Gilas was called for 28 fouls while China had 24.

TV5 commentators also noted several instances where Chinese fans allegedly threw objects at Gilas assistant coach Norman Black, at Filipino fans in the venue, and even at Abueva after the Gilas rookie fouled out with over 4 minutes remaining.

It was an ugly loss for the Philippines, which dominated most of their foes from the first round. The also slayed perennial tormentor Iran in the second round to enter the playoffs as the top seed. – Rappler.com