IN PHOTOS: Rafael Nadal arrives in Manila for IPTL

Dec 6, 2015 2:21 AM PHT
Rappler.com
Facebook Twitter Copy URL
Copied
The Spanish tennis star will be one of the main attractions of the International Premier Tennis League's 3-day Manila stop, which begins Sunday afternoon 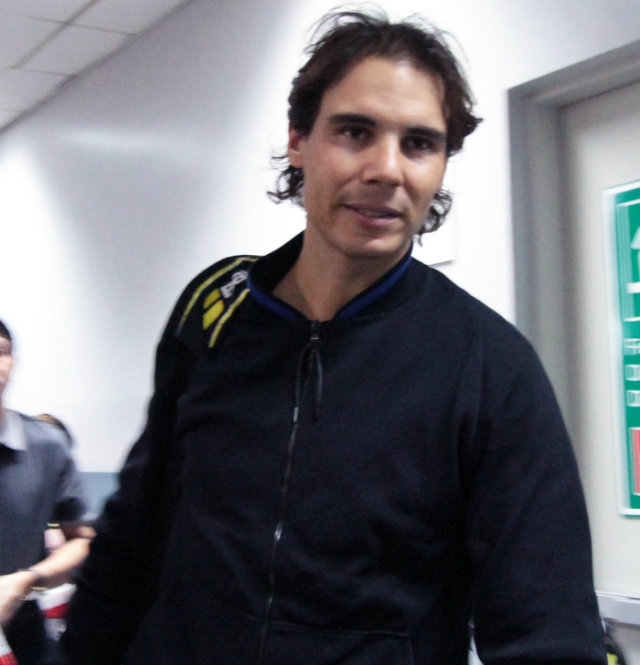 The world no. 5 tennis star was busy with his phone after landing at Ninoy Aquino International Airport late Saturday night, December 5 ahead of the International Premier Tennis League’s Manila leg, which goes from December 6-8 at Mall of Asia Arena.

Nadal, whose accolades include being a 9-time French Open champion and earning the recognition by many as the greatest clay court player of all-time, will represent the Micromax Indian Aces.

The 29-year-old, 14-time Grand Slam title winner is one of 4 of the 5 top-rated players who will be competing in the off-season tournament, as world no. 2 Andy Murray and world no. 4 Stan Wawrinka will see action. World no. 1 Novak Djokovic withdrew from the tournament citing fatigue while no. 3-rated Roger Federer will only compete in the last 3 stops of the 5-stop tournament.

Among other stars who have already arrived are women’s no. 1 player Serena Williams, plus Fil-Am doubles specialist Treat Huey.

Here are more photos from Nadal’s arrival in Manila. 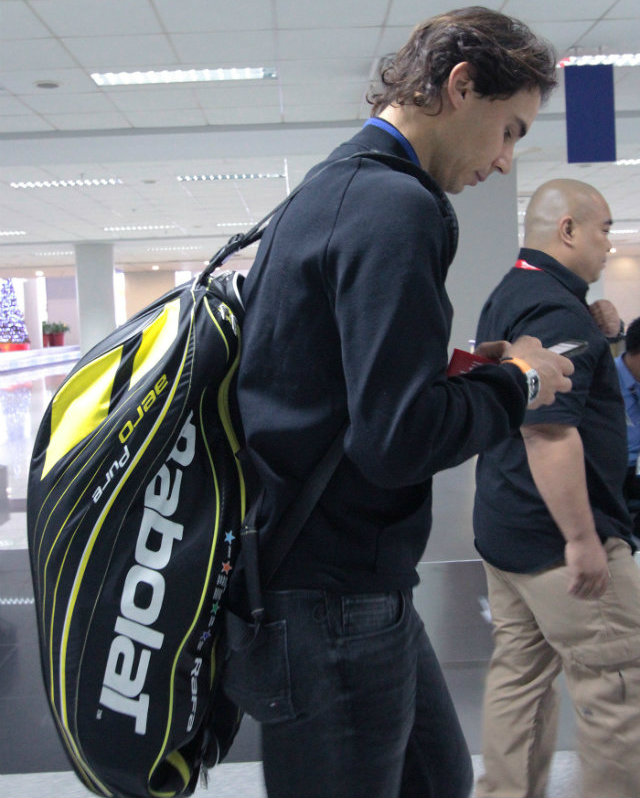 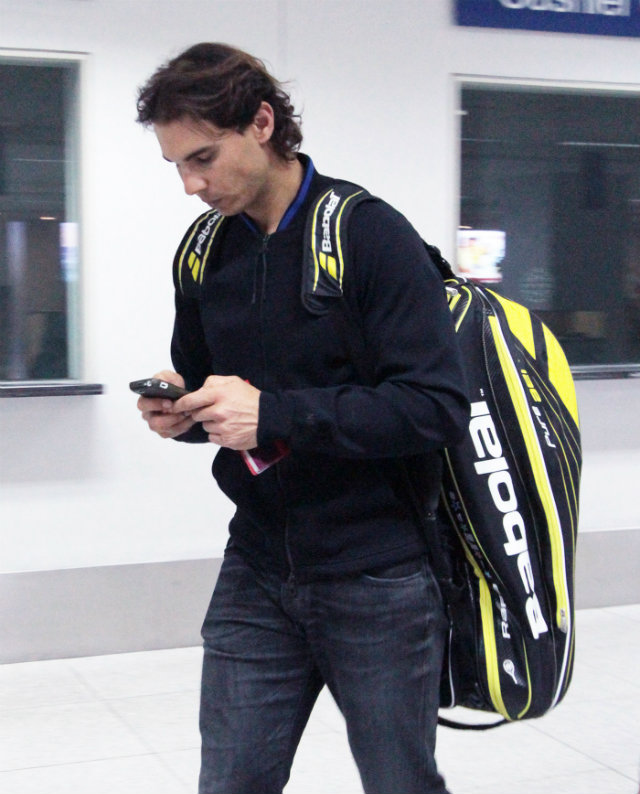