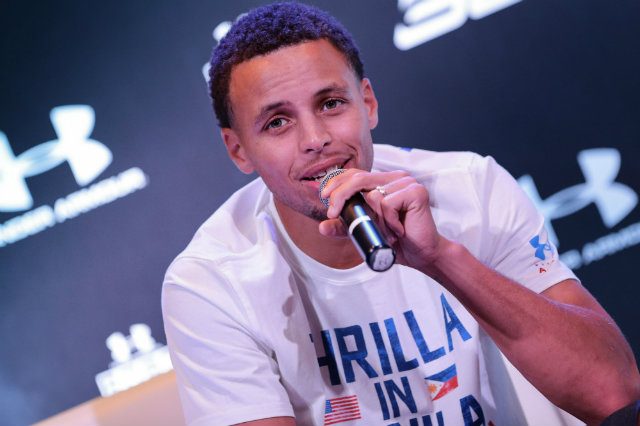 Facebook Twitter Copy URL
Copied
Film director Spike Lee has joined the NBA in an initiative to fight gun violence in America, hoping that star power can succeed where politics has so far failed.

NEW YORK, USA – Film director Spike Lee has joined the NBA in an initiative to fight gun violence in America, hoping that star power can succeed where politics has so far failed.

Lee will direct several commercials as part of the “End Gun Violence” campaign, with the first television spots to hit the air during National Basketball Association games airing on Christmas Day.

The television spots feature some of the sport’s biggest stars, including Carmelo Anthony of the New York Knicks, Stephen Curry of the Golden State Warriors, Joakim Noah of the Chicago Bulls, and the LA Clippers’ Chris Paul.

The ads, also sponsored by the non-profit group “Everytown for Gun Safety Support Fund” will call on Americans to show their support for the effort on Twitter using the hashtag #EndGunViolence.

The campaign also will profile the survival stories of 35 gun violence victims from across the United States.

“All over America, people are tired of daily gun violence,” Anthony said in a press release.

“Using my platform to speak out, I know we can keep guns out of the wrong hands and save lives,” he said.

President Barack Obama’s efforts to tighten US gun laws have repeatedly been blocked in the Republican-controlled Congress, despite the scourge of mass shootings.

Steph Curry, the NBA’s Most Valuable Player (MVP) last season, said a shooting this past summer that claimed the life of a three year old tot, struck close to home, as the father of a child the same age.

“I immediately thought of my 3-year-old daughter Riley,” he said.

“Then I learned the horrible statistic that every day, 88 Americans are killed with guns and hundreds more are injured,” Curry said.

“We’ve come together as a country to solve problems before – gun violence should be no different.” – Rappler.com