MANILA, Philippines – Filipino boxer Warlito Parrenas fell well short in his first world title opportunity on Tuesday, December 29, as he was stopped in two rounds by WBO junior bantamweight champion Naoya Inoue at Ariake Colosseum in Tokyo, Japan. The time of stoppage was 1:20.

Parrenas (24-7-1, 21 knockouts) of Cadiz City, Philippines was no match for the speed and power of the 22-year-old Inoue (9-0, 8 knockouts), being dropped early in round two along the ropes. Parrenas, 32, rose up on unsteady legs, attempting to fight back before being dropped again by a right cross, followed by two left hooks as he was on the way down. Parrenas banged the canvas to show his frustration but was deemed unable to continue by referee Mike Ortega.

The loss is Parrenas’ first since 2012, when he was knocked out in one round by Oscar Blanquet, also in Japan. Parrenas had been unbeaten in 8 straight fights heading into the bout, but had been held to a draw by David Carmona in a fight for the interim WBO title in July.

The win was Inoue’s first fight in a year, as he was sidelined for most of 2015 due to a hand injury. In 2014 Inoue accomplished one of the most difficult of feats, winning world titles in two separate divisions. He stopped Adrian Hernandez to earn the WBC junior flyweight title, before defeating Omar Narvaez last year for the junior bantamweight title he currently owns. 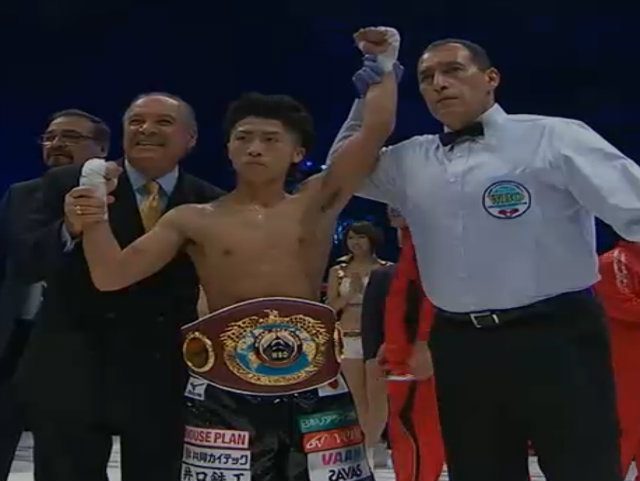