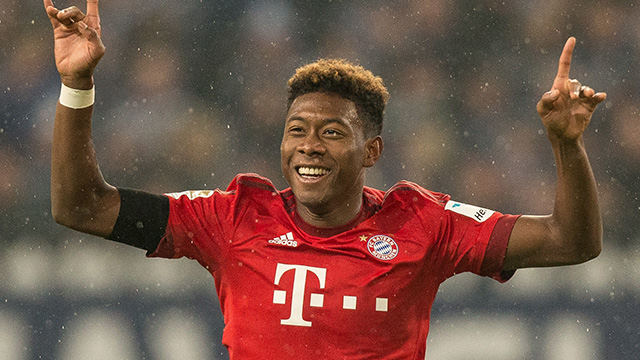 MANILA, Philippines – In an online poll conducted by internal football website Goal.com for the best player per position, Filipino-Austrian-Nigerian David Alaba of Bayern Munich emerged as the best left-back in the world.

The Austrian international, whose mother is a Filipino and whose father is a Nigerian, got more votes than Brazil and Real Madrid’s Marcelo who came in second and Spain and Arsenal’s Nacho Monreal who came in third.

Alaba is the 5-time and reigning Austrian Footballer of the Year (2011, 2012,2013,2014, and 2015). Probably his biggest contenders for his 6th straight Austrian FOY next year are Stoke City’s attacker Marko Arnautovic and Leicester City’s defender Christian Fuchs.

Alaba has shown his Filipino roots by displaying the Philippine flag (along with Austria and Nigeria) after their Champions League win vs. Borussia Dortmund in 2013.

To some extent, Alaba’s achievement is a testament that Filipinos and Fil-foreigners, if given proper training and support, can be one of the world’s best in any field. Even the football field. – Rappler.com