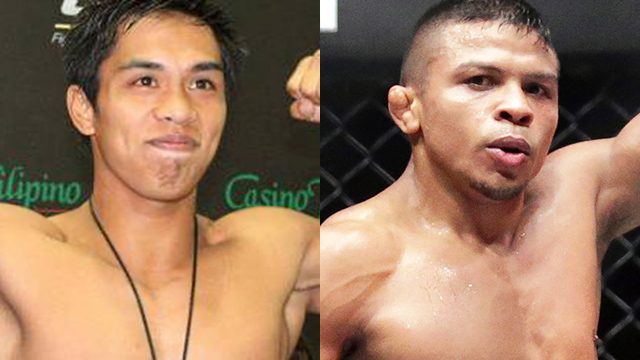 Facebook Twitter Copy URL
Copied
Bibiano Fernandes easily finishes the job at the 4:04 mark of the first round, compelling Filipino Kevin Belingon to wave the white flag with a Kimura lock

MANILA, Philippines – Bibiano Fernandes derailed Kevin Belingon’s bid to become a world champion as Brazilian combatant submitted the Filipino fighter to successfully defend the ONE Championship bantamweight title in the “Dynasty of Champions” headliner on Saturday, January 23, in Changsha, China.

The Brazilian combatant easily finished the job at the 4:04 mark of the first round, compelling Belingon to wave the white flag with a Kimura lock.

Coming off a year-long layoff, Belingon caught a leg kick from Fernandes and suprsingly tried to take the longtime bantamweight kingpin down to the mat.

However, the attempt was absolutely bad news for the 28-year-old Wushu Sanshou practitioner as Fernandes swiftly latched his arms on his Filipino foe’s limbs for a leg trip, and effortlessly moved into side control to smother Belingon with short punches.

As Belingon made his return to his feet, Fernandes scooped him back to floor and kept his opponent’s arm pinned to the ground to kneel up for a fight-ending submission.

With the impressive victory over Belingon, Fernandes extends his impressive winning streak to 11 bouts and improves his professional standing to 19-3.

Belingon, for his part, loses his first ONE Championship appearance since outpointing Koetsu Okazaki in December 2014, and downgrades his win-loss slate to 13-5. – Rappler.com