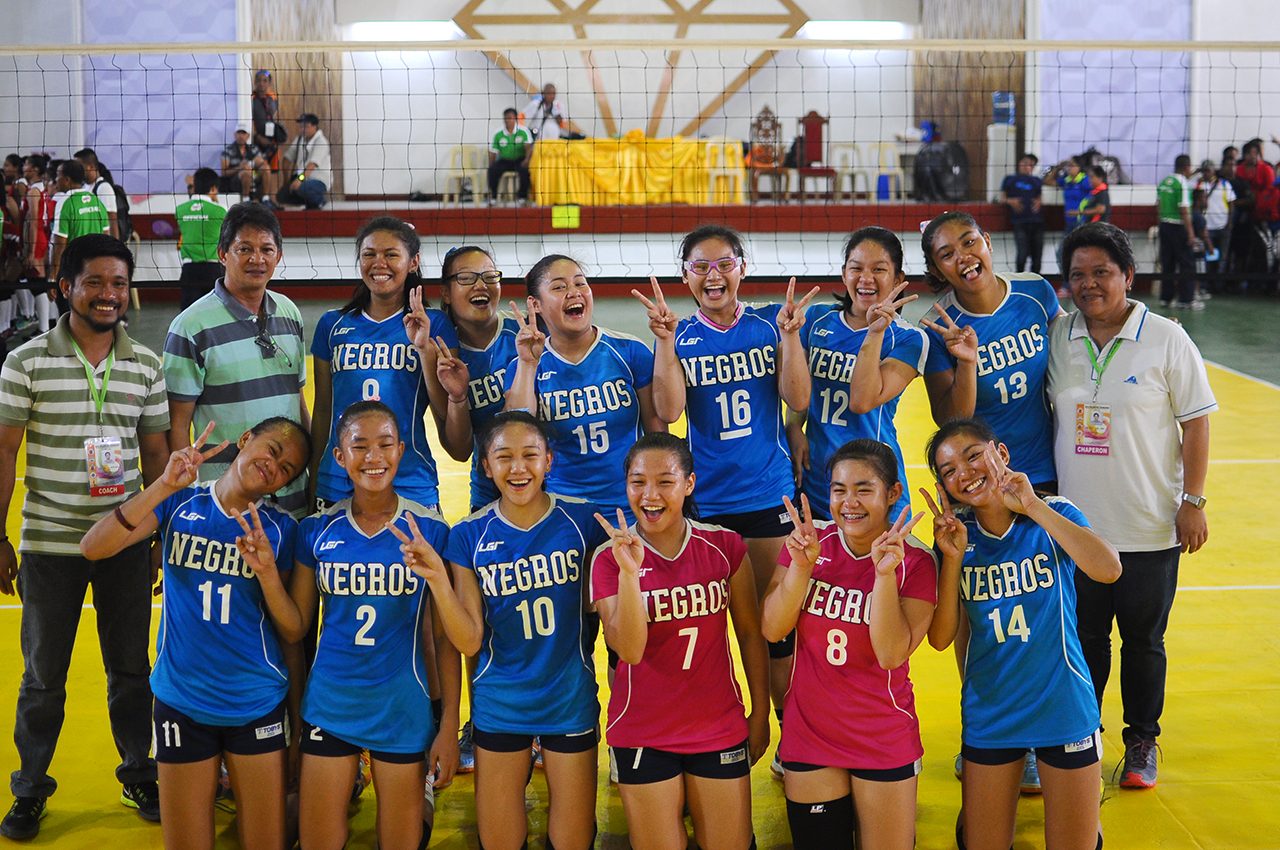 LEGAZPI CITY, Philippines – Newly-established Negros Island Region claimed the bronze medal in secondary girls volleyball after coming from behind last year’s finalist Davao Region, 20-25, 25-21, 25-19, in the battle for third on Saturday, April 16 during the 2016 Palarong Pambansa at Bicol Colleges.

NIR had to deal with a strong showing from Davao in the opening set. NIR absorbed its foes’ lefty attacks and sharp cross-court hits as Davao drew first blood, 25-20.

With Jessa Ordiales out in the latter part of the first set, NIR came back with a vengeance in the second set courtesy of Maica Larroza’s brilliant blocking and loaded serves, 25-21.

Davao fizzled out towards the end and committed a pile of errors as NIR took the final frame, 25-19. – Rappler.com