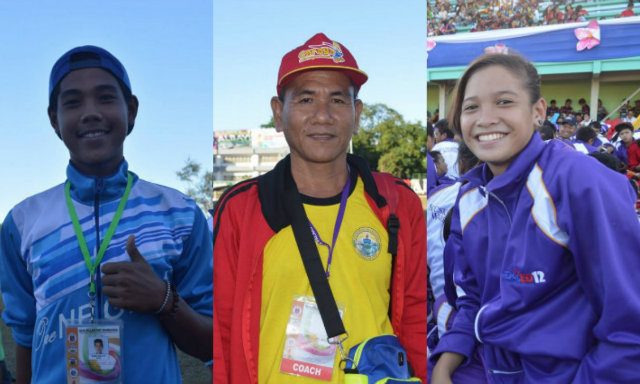 Facebook Twitter Copy URL
Copied
As the 2016 Palarong Pambansa in Albay draws to a close, Rappler speaks to some participants for feedback on the province’s hosting of the annual event

LEGAZPI CITY, Philippines – This year’s Palarong Pambansa in the province of Albay is officially closed. Delegates have gone back home to their respective regions as the main venue turned awkwardly silent after having a lively atmosphere for the past week.

We also asked them to share how they felt about the event using Rappler’s moods from the Mood Meter. Here’s what they said: For Winfred Salayasay & Rolly Jay Tumimbag from Northern Mindanao, this is the best Palaro they’ve ever participated in.

(Aside from the many beautiful places, we also see the Mayon Volcano. Many of the people here are also hospitable. Also, we liked how the province handled the event.)

Salaysay and Tumimbag said they felt very safe because of the constant police presence in the playing venues and billeting centers. (READ: 8 records fall at Palaro 2016) (In all the 4 venues we saw, this the only one where we experienced having paraflex tiles on the court. It was really nice so I’m speechless.)

Abuan also appreciated the warm welcome Albay has extended to them. The province faced several power outages during the week-long event. But Shellamae Guevara, Jessa May Torres, and Ivy Quirate from Zamboanga Peninsula still found the positive side to it, saying they weren’t bothered at all since back home they experienced 12-hour blackouts. Overall, many of the people Rappler spoke to chose the mood Happy, mostly because of the many tourist spots they got to see in Albay.

Jimmy Deguilla of the Negros Island Region said he was happy because it’s his first time to be in Bicol and it was something he could boast about to his folks back home. One student athlete, Fritz Althea Jagolino, a player in secondary girls’ basketball representing Soccsksargen, said she was Inspired by the majestic Mayon Volcano that served as the backdrop for the entire Palaro.

Were you a participant at this year’s Palaro? Or were you a spectator in Albay or followed the event via the news? Use Rappler’s Mood Meter to describe how you felt about the 2016 Palarong Pambansa in Albay! – reports from interns Joshua Caleb Pacleta, Randall Matthew Lorayes, and Mary Joy Gelit/Rappler