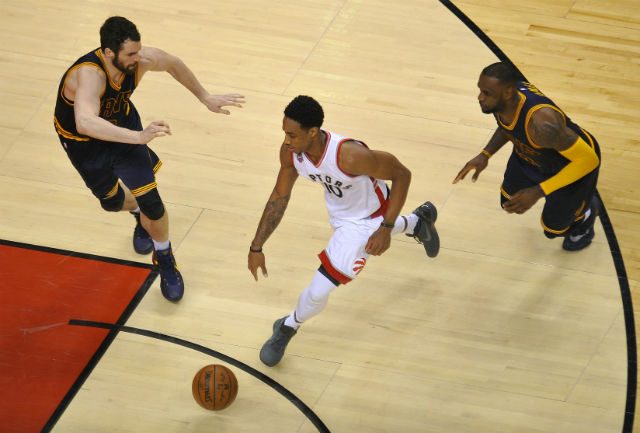 MANILA, Philippines – The Toronto Raptors made sure there would be no sweep of the Eastern Conference Finals by handing the Cleveland Cavaliers their first defeat of the 2016 Playoffs, 99-84, on Sunday, May 22 (Saturday, May 21, US time) at the Air Canada Center in Toronto, Canada.

Playing in their franchise-first home game in the Eastern Conference Finals, Toronto went on top early and was ahead by 13 at the half before holding on the rest of the way to make it a 2-1 series in favor of Cleveland.

LeBron James led Cleveland with 24 points, 8 rebounds, and 5 assists. Kevin Love and Kyrie Irving struggled with only 16 points on 4-of-28 shooting.

The Cavs won their first 10 games of the postseason before losing in Game 3. – Rappler.com