GENEVA, Switzerland – FIFA’s disgraced ex-president Sepp Blatter told AFP Tuesday, May 24 he was “astonished” by the sacking of the body’s deputy general secretary Markus Kattner over millions of dollars of bonuses he awarded himself.

FIFA dismissed Kattner on Monday on charges that he paid himself secret bonuses worth millions of dollars under a contract whose terms were kept secret from FIFA’s audit committees.

“I have never met a more honest man than Markus Kattner,” said Blatter, who is himself under investigation by Swiss prosecutors and is serving a 6-year ban imposed by FIFA over ethics violations.

Kattner’s firing “was for me an huge surprise…I don’t know the reasons for his dismissal, but if there was any guy at FIFA who did his job in an exceptional manner, it was definitely Mr. Kattner,” Blatter added, describing himself as “astonished” by the decision.

World football’s governing body – now led by Gianni Infantino who has vowed to cut out the rot that spread during the Blatter era – said an internal investigation uncovered evidence that Kattner had breached his fiduciary responsibilities in connection with his contract.

That investigation covered the period from 2008 to 2014, when Blatter was president. 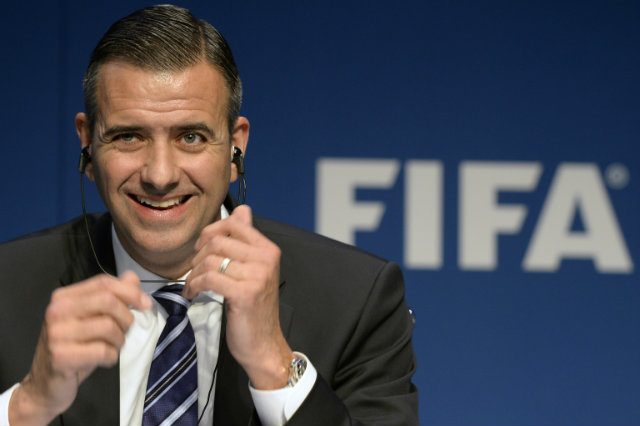 Blatter told AFP that both he and Valcke “had the authority to decide on bonuses and it was all done in conformity with the rules”, an apparent admission that he was aware of the details of Kattner’s contract and bonuses.

A source familiar with FIFA’s internal investigation of Kattner who was not authorised to speak publicly told AFP that Blatter and Valcke were both fully aware of Kattner’s actions.

Valcke is also under criminal investigation in Switzerland.

Kattner’s sacking was a further reminder that turning the page on the Blatter era could prove a long and arduous process.

Infantino only this month named Senegalese Fatma Samoura as its new general secretary. Samoura is the body’s first woman secretary general and FIFA also wanted her United Nations background to give a sign of football’s new direction. – Rappler.com