May 26, 2016 9:00 AM PHT
Ryan Songalia
Facebook Twitter Copy URL
Copied
Donnie Nietes wants to fight unified flyweight champion Juan Estrada, but must first get past Raul Garcia on Saturday and a third fight with Moises Fuentes 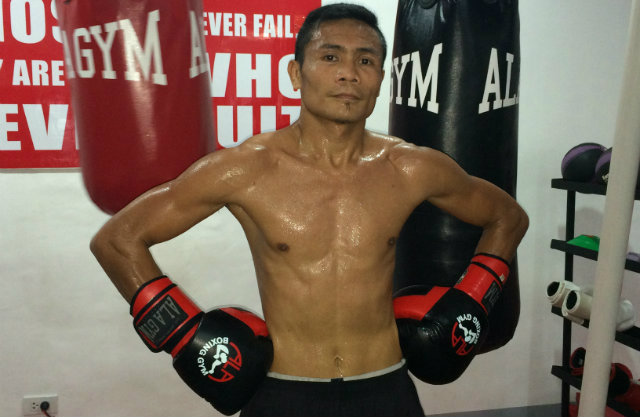 MANILA, Philippines – Donnie Nietes may think he’s experiencing déjà vu when he steps into the ring against Raul Garcia for the ninth defense of his WBO junior flyweight on Saturday, May 28.

Nietes will be fighting Raul Garcia for the first time, but he fought his twin brother, Ramon Garcia, 5 years ago to win the title he currently holds.

The fight will take place at the same venue where he defeated his twin, the University of St La Salle Coliseum in Bacolod City, Philippines. It’s a homecoming for Nietes (37-1-4, 21 knockouts), who hasn’t fought in his native province since the night he hunted and pecked his way to a close decision against the awkward southpaw from La Paz, Mexico.

“His style of fighting is the same as his twin. They have the same offense. The movement of Raul Garcia is the same as Ramon Garcia also. That’s why it’s very familiar to me,” says Nietes, 34. 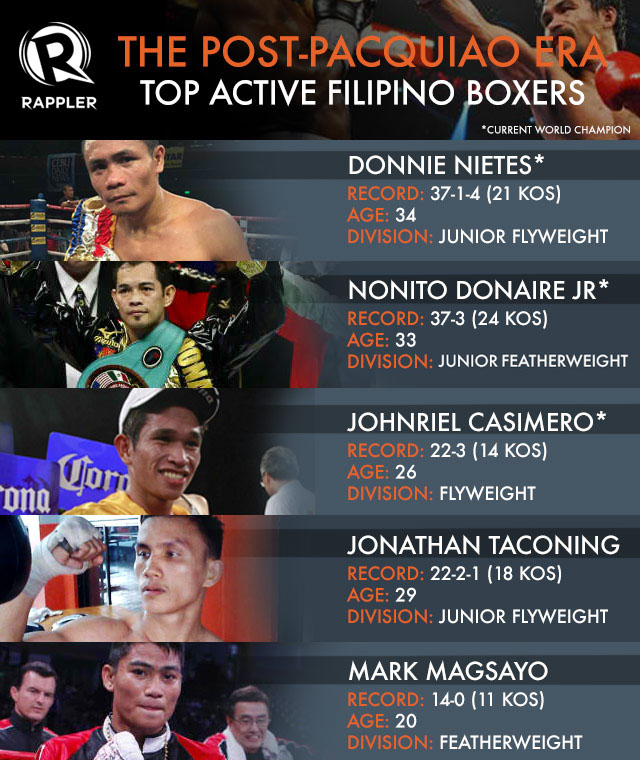 That night Nietes, who was moving up to 108 after making 4 defenses of the WBO strawweight title, said he was caught up in the atmosphere of fighting in front of 8,000 people which included many of his friends and family. It was the first time Nietes, who rose from sweeping the floor at the ALA Gym to become the promotion’s first world champion, had fought for a title in his hometown.

“I got overexcited because of the hometown crowd,” admitted Nietes about his flat performance. “But now I’ve adjusted. I’m in the zone.”

The fight against Garcia (38-3-1, 23 knockouts) figures to be another tricky night for Nietes. The 33-year-old held the IBF and WBO strawweight titles on separate occasions, and all 3 of his losses were decisions against world champions (Nkosinathi Joyi, Moises Fuentes and Pedro Guevara).

Nietes says he has faced 5 southpaws in his 13-year career. Among Nietes’ 4 draws, two have come against southpaws – Greg Mangan and Carlo Besares.

‘I want to fight the big names’

Despite holding one title or another since 2007, Nietes has remained the Philippines’ best kept secret in boxing. Nietes has made no secret that he’d like to test himself 4 pounds north in the flyweight division, which has become attractive since THE RING’s pound for pound champion Roman Gonzalez drew HBO attention to the weight class.

Gonzalez could be heading up in weight yet again, but Nietes wants to test himself against the next best fighter at 112 – WBA/WBO flyweight titleholder Juan Francisco Estrada.

“In my division, the challengers are all no names. I want to fight the big names,” says Nietes.

Nietes’ promoter Michael Aldeguer of ALA Promotions likes the fight too, just not for 2016. The reason being that Nietes is due for his mandatory defense against Moises Fuentes, whom he drew with in 2013 and then knocked out a year later in 9 rounds to win the lineal title.

The third fight, which was mandated after Fuentes outpointed former Nietes victim Francisco Rodriguez Jr in a December eliminator, will take place September 24 at StubHub Center in Carson, California, with exciting featherweight prospect Mark Magsayo also slated for that card.

Even with two fights lined up for this year, Aldeguer has gotten the ball rolling for a fight which could earn Nietes the greater awareness the reserved ring technician has yet to receive. Aldeguer says he has had “serious” discussions with Estrada’s promoter Zanfer Promotions about making the fight for next year, and had even spoken with HBO about televising it.

“We’ve opened talks with HBO and I just met with Zanfer in Las Vegas after the Canelo [Alvarez versus Amir Khan] fight,” Aldeguer says, but adds that the details have yet to be ironed out with Nietes lined up for two fights. Aldeguer wants Nietes to hold onto the 108 pound title to give him the opportunity to return to his most natural weight division.

“I’ve reached out to HBO, we’ve talked but nothing serious about it yet but they’ve said they want to talk about it.”

The Nietes-Garcia event will be shown live on ABS-CBN’s Sky Cable pay-per-view for P199 beginning at 6 pm with a replay on Sunday at 10 am on ABS-CBN channel 2. – Rappler.com