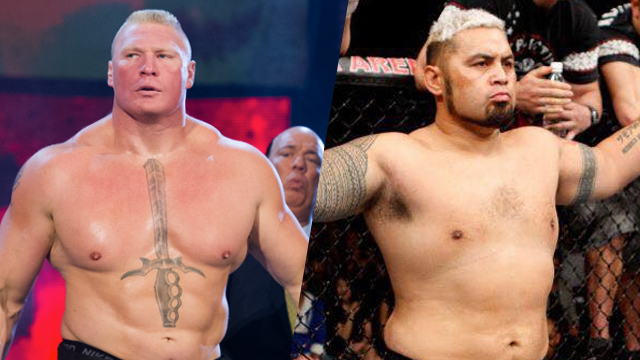 MANILA, Philippines – Mark Hunt has been pegged by betting odds as the early favorite to win in the heavyweight showdown against the returning Brock Lesnar at the UFC 200 pay-per-view event on July 9 (July 10 in Manila).

According to Sportsbook, Hunt is listed as the -205 favorite in a 265-pound bout versus Lesnar, who is labeled as the +167 underdog.

Structured as a money-line game, odds will change in either direction as the fight approaches because sportsbooks will attempt to even the playing field and spread wagers on both sides to cover its risk.

A few hours after the match-up was announced on Monday, June 6, Lesnar enjoyed a brief installation as the oddsmakers’ favorite.

However, the wagering public quickly put money on Hunt, prompting oddsmakers to change the tide of the betting lines.

Lesnar’s unexpected return to the Octagon was publicly revealed during the broadcast of UFC 199 on Sunday, June 5 (Manila time) as part of the UFC 200 video trailer.

Under the UFC banner, Lesnar (5-3) had 7 bouts over nearly 4 years, but he saw his MMA career interrupted by diverticulitis, a common digestive disease which involves the formation of pouches within the bowel wall.

The former NCAA Division I wrestler knocked out Randy Couture to capture the heavyweight title at UFC 91 in November 2008 and successfully defended the belt twice before losing the gold-plated strap to Cain Velasquez at UFC 121 in October 2010.

Lesnar was last seen in action when he suffered a technical knockout loss to Alistair Overeem at UFC 141 in December 2011.

On the other hand, Hunt is coming off a first-round knockout victory over Frank Mir this past match March and is currently riding high on a two-fight winning streak.

Hunt squares off with Lesnar in the co-main event of UFC 200, which is headlined by light heavyweight championship rematch between Daniel Cormier and Jon Jones. – Rappler.com