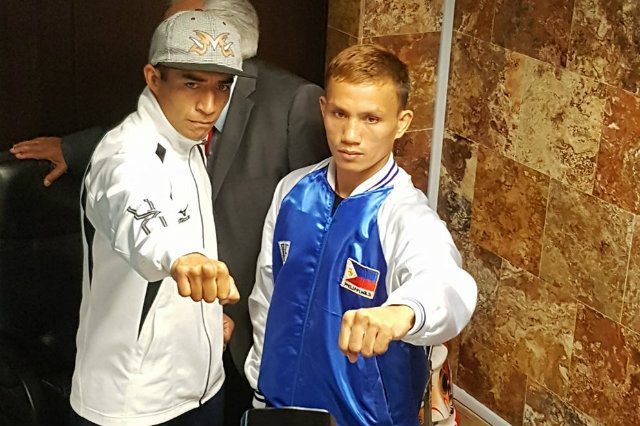 MANILA, Philippines – Jonathan Taconing waited 4 years for a second world title shot. His dream of becoming a world champion will have to wait longer.

The Zamboanga del Norte, Philippines native dropped a unanimous decision to WBC junior flyweight titleholder Ganigan Lopez on Saturday, July 2 (Sunday Manila time) at Arena Coliseo in Mexico City, Mexico. The scores were 115-112, 118-109 and 119-108, all for the hometown fighter.

Lopez (28-6, 17 knockouts) established his right jab early as Taconing (22-3-1, 18 KOs) looked to brawl from the outset. Lopez, 5 years older than Taconing at age 34, was dominant for the first half of the fight with his superior boxing technique, which caused Taconing’s wider swings to miss.

Taconing began to make an impact with his power in round 7 as he followed a diversionary with the straightest left hand he threw all night, rocking Lopez and forcing him to grab momentarily to collect himself. Lopez came back strong the following round as the predictable nature of Taconing’s offense made the bout a counterpunching exercise for him.

Lopez sustained a cut on the corner of his right eye due to a head clash, which cost Taconing a point deduction.

The loss ends Taconing’s 9-fight winning streak which dates back to his controversial technical decision loss to Kompayak Porpramook in 2012.

Lopez retains his title for the first time after defeating Yu Kimura in Japan to win the belt.

The Philippines currently has 3 world champions, with Johnriel Casimero, Nonito Donaire Jr and Donnie Nietes all in possession of titles. – Rappler.com