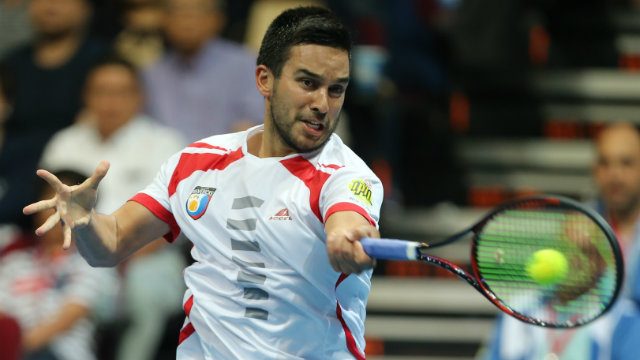 Huey and Mirnyi dominated the duo of British Jonathan Marray and Canadian Adil Shamasdin, 6-4, 7-6(5), 6-3, to advance to the Final Four.

The Filipino and Belarusian duo, rated no. 24 and 25 in the world respectively by the Association of Tennis Professionals (ATP) among doubles players, have a chance to make the Wimbledon final when they meet the French duo of Pierre-Hugues Herbert and Nicolas Mahut – rated no. 2 and 3 – on July 7 (July 8, Manila time).

The 30-year-old Huey, a Filipino-American from Washington DC, had already reached the men’s doubles quarterfinals in Melbourne, in 2014 and 2016, and in the US Open in 2013, and reached the mixed doubles semis at the Australian Open earlier this year. Huey also plays for the Philippines in Davis Cup competition.

The 12th seed pair of Huey and Mirnyi eliminated Spain’s Pablo Carreno Busta and Guillermo Garcia-Lopez in the opener. They bested the team of Marcelo Demoliner and Aisam Qureshi in the second round, then beat Oliver Marach and Fabrice Martin in the third round.

Herbert and Mahut conquered 3-time Wimbledon champions, brothers Mike Bryan and Bob Bryan in the quarterfinals to advance in the tournament. – with reports from Rafael Bandayrel/Rappler.com