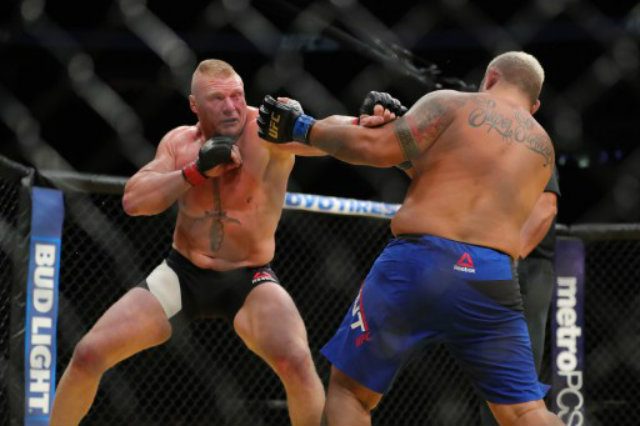 MANILA, Philippines – Former UFC heavyweight champion Brock Lesnar is coming home to his private farm in Maryfield, Saskatchewan, Canada with a ton of cash in his bank account.

Aside from picking up a unanimous decision victory over Mark Hunt at UFC 200 over the weekend, Lesnar is earning a reported $2.5 million for his appearance on the blockbuster pay-per-view (PPV) card, according to Yahoo Sports’ Kevin Iole.

The figure is the highest-guaranteed paycheck for any professional fighter in the organization’s 23-year history.

The previous record was held by Conor McGregor, who received $1 million for his welterweight encounter against Nate Diaz this past March.

Lesnar stands to make even more money as the predicted record-breaking PPV buys roll in.

“The Beast Incarnate” broke his two-fight losing skid at the expense of Hunt, winning a unanimous decision of 29-27 on all three scorecards.

Lesnar’s 3-round encounter with Hunt is supposed to be a one-off deal before he returns to WWE for SummerSlam to face Randy Orton in August, but he says he is considering the idea of having another future UFC fight down the road. – Rappler.com