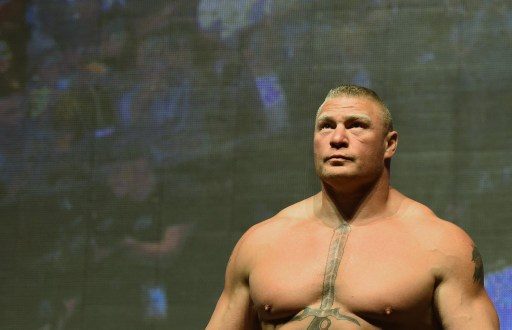 MANILA, Philippines – Another competitor from the blockbuster UFC 200 card has failed a drug test as Brock Lesnar had been notified of a potential anti-doping policy violation stemming from an out-of-competition sample that was collected by the United States Anti-Doping Agency (USADA) on June 28.

Lesnar was screened 5 times after the initial testing data was released by USADA and is likely to receive a provisional suspension from the Nevada State Athletic Commission (NSAC), which regulated the July 9 pay-per-view event at the T-Mobile Arena in Las Vegas.

The results were reported by the UCLA Olympic Analytical Laboratory, but it did not disclose substance for which Lesnar tested positive.

Pursuant to USADA’s guidelines, the anti-doping organization is not authorized to release the aforementioned information until the athlete discusses it in public.

The 38-year-old native of Webster, South Dakota made a triumphant return to the Octagon after 5 years as he outclassed Mark Hunt in the co-headliner of UFC 200, winning a unanimous decision by scores of 29-27 on all 3 scorecards.

Prior to the 3-round heavyweight encounter, Lesnar laughed off his Kiwi opponent’s accusations that he was “juiced to the gills.”

“I’ve been dealing with that my entire life,” Lesnar said during a media call to promote UFC 200. “What do you want me to say? I’m a white boy and I’m jacked. Deal with it.”

Lesnar received an exemption from USADA waiving the 4-month notice that is normally required of a fighter coming out of retirement.

However, Lesnar was required to undergo both in- and out-of-competition drug testing leading up to UFC 200.

Lesnar will head back to the professional wrestling scene in August as he is booked to square off with Randy Orton at the World Wrestling Entertainment’s “SummerSlam” event, but he is not closing the doors on a potential UFC fight down the road.

NSAC and USADA are already involved in another case regarding UFC 200 as former light heavyweight champion Jon Jones was also flagged for an out-of-competition drug test.

Jones is facing a potential two-year suspension, but he will be given the right to file an appeal before any sanctions are determined. – Rappler.com