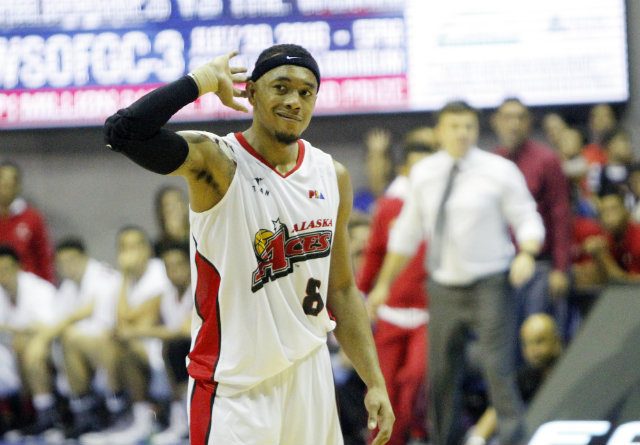 MANILA, Philippines – Calvin Abueva has been slapped a one-game suspension and fined P22,000 for a technical and for elbowing Chris Ellis in the face during the Alaska Aces’ match against Barangay Ginebra San Miguel on Sunday, July 24.

The suspension and fine were made known via the league’s website.

The energetic forward got entangled with the high-flying Ellis in a play early in the fourth quarter, causing them to fall down on the floor. As Abueva was getting up, he elbowed Ellis’ face, which was caught by television cameras.

There was no call on the floor for the incident.

Abueva later buried the dagger 3-pointer in overtime to help the Aces to a 109-100 victory over the Gin Kings.

Abueva will miss Alaska’s clash with Tropang TNT on Friday, July 29 at the Ynares Center in Antipolo. – Rappler.com