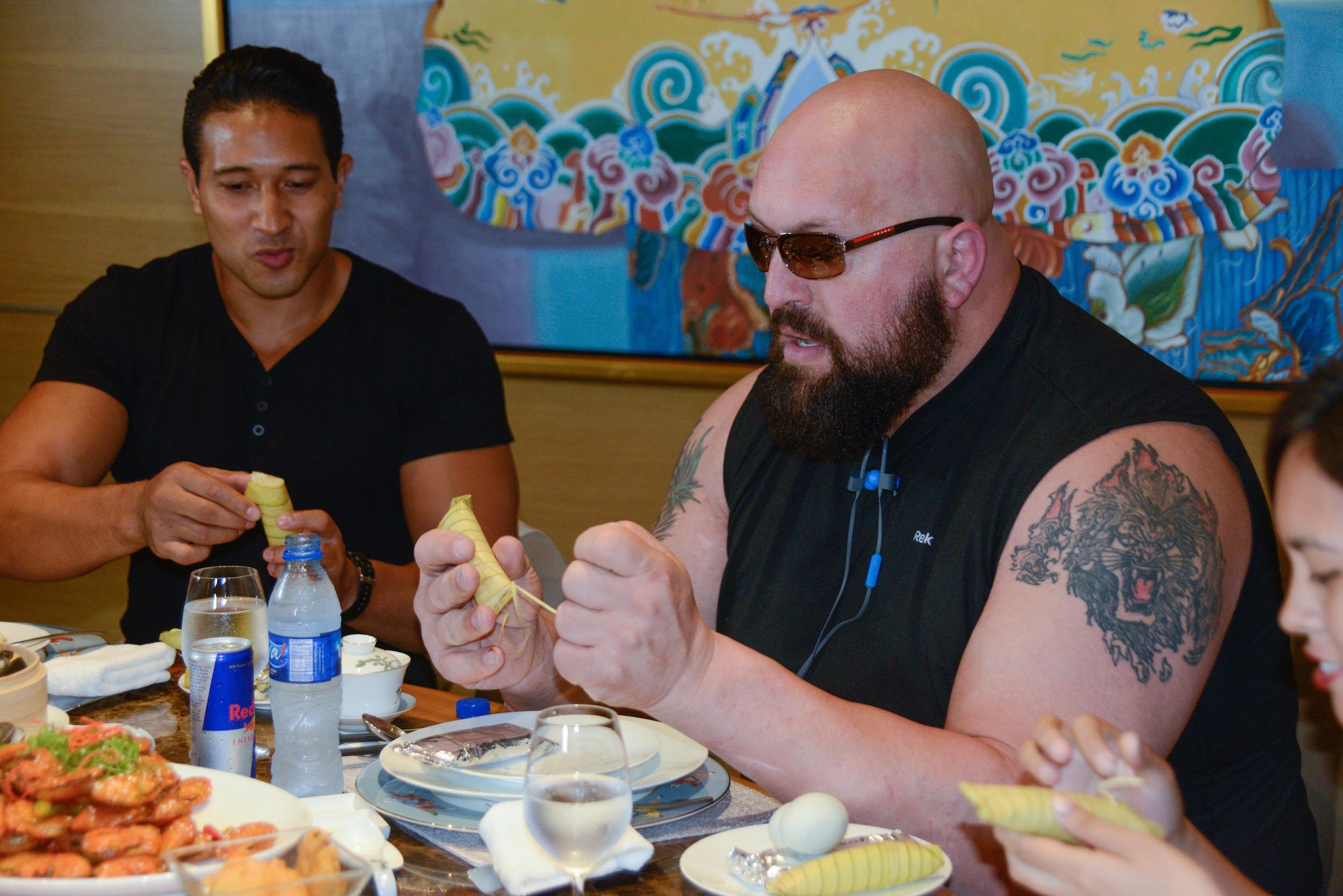 MANILA, Philippines – WWE star Big Show left his mark on the country after visiting the Philippines on Tuesday, July 26 to promote WWE Live Manila, which takes place on September 9 at Mall of Asia Arena in Pasay City.

The 7-foot, 400-pound wrestler dwarfed Manila’s large jeepneys during a photo shoot and took in the local cuisine before greeting fans at the Mall of Asia Music Hall. Big Show, whose real name is Paul Wight, tried out suman, sticky rice and puto bumbong – but didn’t try balut, or “the Donald Duck egg” as he referred to it.

“I haven’t had any carbs in a couple of days so the rice was very good,” Big Show told fans at MOA.

Big Show, who will return to the Philippines for WWE Live Manila, where he’ll face John Cena in one of the matches, proposed some alternate uses for jeepneys, which usually fit about 20 passengers.

“The [jeepneys], you know I don’t fit in them. I can strap one to my foot and use it like a skateboard. Or use it for a bodysurfing board,” said Big Show. This was Big Show’s second time to visit the Philippines after he wrestled a pair of matches during the WWE’s 2006 visit to the country. – Rappler.com