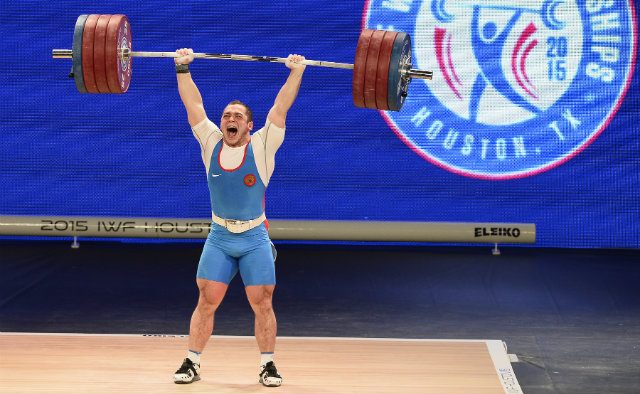 RIO DE JANEIRO, Brazil – A ban on all Russian weightlifters dealt a new blow to the country’s image ahead of an International Olympic Committee meeting Saturday, July 30 that will be dominated by multiple doping scandals.

New criticism of the athletes’ village in Rio added to the dark clouds hanging over the Games which start in one week.

About 117 Russian competitors from the 387 initially put forward by the Russian Olympic Committee have now been banned from the Games. They include 67 track and field athletes.

Weightlifting’s reputation “has been seriously damaged on multiple times and levels by the Russians, therefore an appropriate sanction was applied in order to preserve the status of the sport,” the IWF said.

“We would like to highlight the extremely shocking and disappointing statistics regarding the Russian weightlifters.”

Among those banned, Artem Okulov is a world champion while Ruslan Albegov took a bronze medal at the 2012 London Games and Tatiana Kashirina a silver.

The IOC has taken fierce criticism for not ordering a blanket ban on Russia after an independent report said there was state-organized doping at the 2014 Sochi Winter Olympics.

The IOC executive is to meet on Saturday and Sunday to discuss the crisis. The full IOC meets from Monday.

World Anti-Doping Agency (WADA) president Craig Reedie, who is also an IOC vice-president, is to give a report on the agency’s activities on Saturday.

Reedie had led calls for a blanket ban on Russia over the doping.

The IOC decided last week however that individual sporting federations had to examine Russian entries and decide whether they should be allowed to compete.

The Olympic committee will take a final decision on Russian entries based on the recommendations. It is not yet known when this will be announced however.

Boxing, golf, gymnastics and taekwondo are among sports still to have announced their decisions.

A small fire at the Rio athletes village on Friday, which forced the evacuation of the Australian delegation, left a new stain on preparations for the Games.

Team spokesman Mike Tancred told AFP “there was a lot of smoke” but that athletes returned after fire fighters controlled the blaze. “There was no big drama,” he said.

Australia had led a boycott over conditions at the village last week. And Rio de Janeiro mayor Eduardo Paes lashed out Friday at the Olympics organizing committee, accusing it of “serious problems” in managing the village.

Paes blamed the Rio2016 committee for a slew of problems at the village, which has been his public relations nightmare all week.

“The athletes’ village was ready. Then the organizing committee took charge for three months, and there were extremely serious management problems.

“During those three months, people intruded into the apartments and a lot of things were stolen,” he told O Estado de Sao Paulo newspaper.

“The doors were left half-open. The organizing committee was careless, objectively speaking.”

He said his office was informed of the problems only last week, despite a series of weekly meetings between his staff and the organizing committee.

Paes’s week got off to a rough start Sunday when the Olympic village opened to a boycott from Australia, which refused to move in because of exposed wiring, leaking pipes, blocked toilets, unlighted stairwells and other problems.

More than 600 plumbers have been working at the village this week to make repairs.

The Rio Games start on August 5 and run through to August 21. – Rappler.com