Know the basics of Olympic Weightlifting 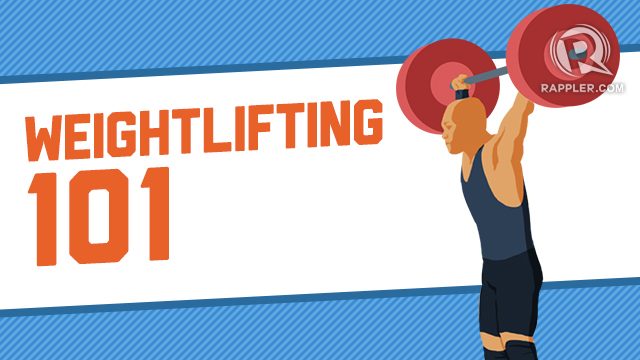 Facebook Twitter Copy URL
Copied
There is a sport that tests the limits of human strength at the world’s most prestigious sporting event: Olympic weightlifting

From olden carnival attractions such as the high striker – where a person “steps right up” to slam a puck strong enough to hit the bell high up the bar – to a world record an of aircraft-pulling man and casual games of arm wrestling, humans have long been enamored by how far the body’s strength can go.

In the world’s most prestigious sporting event held every 4 years, there is a sport that tests the limits of human strength in organized fashion: Olympic weightlifting.

Weightlifting made its debut in the first modern Games in 1896, although it traces its roots to the 18th and 19th centuries in circuses and an international competition in London in 1891, where a man named Levy Lawrence Edward was declared the “Amateur Champion Weightlifter of the World.”

After the sport’s Olympic debut, it went in and out of the lineup in the coming years. The early variations of weightlifting were characterized by one-hand or two-hand lifting. These days, there are two standard lifts: the snatch and the clean and jerk.

In 1905, the International Weightlifting Federation (IWF) was established and various international competitions sprang up through the decades. Women were were allowed to compete in Olympic weightlifting by 2000.

There are two types of lifts in Olympic weightlifting. Both are part of competition and must be completed in order to win.

The snatch is the first lift and it is characterized by one fluid motion in lifting the barbell. The athlete must lift the weight from the floor to the full extent of both arms overhead in continuous movement. The athlete must hold the final pose.

This lift is composed of two moves with the first one being the clean, where the athlete lifts the barbell from the floor to his or her shoulders or clavicle in one continuous motion, where it rests. The lifter may recover for a moment and adjust his or her grip before attempting the jerk.

The jerk is when the lifter finally brings the barbell overhead, bending legs and arms first before stretching the arms at full length and returning the feet to the same horizontal line.

Up until 1973, a third lift, called the clean and press, was included in competitions. The lift follows the same movements with the clean, but when it came to the press, the athlete was supposed to lift the barbell overhead without movement of the legs.

How do you win?

Like any other competition of strength, the premise is to lift the heaviest weight possible.

However, when it comes to Olympic weightlifting, there’s more structure and technique to it than simply piling up on the weight plates.

The basic competition format is as follows:

After the competition, the IWF conducts Doping Control in accordance with its Anti-Doping Policy.

Do we have Filipino weightlifters?

The Philippines has enjoyed success in weightlifting over recent years with its same Olympians leading the way.

Two weightlifters competing for the country are Hidilyn Diaz and Nestor Colonia.

The 25-year-old Diaz from Zamboanga City is entering her third straight Olympics in the hope she will finally capture a medal that has eluded the nation for 20 years. Diaz, having competed in the 2008 and 2012 Olympics, is approaching her third shot as a better prepared and more mature athlete, knowing that this may be her last.

There are expectations riding on Colonia following his recent international success, and he is determined to meet the moment when it comes.

Both athletes have been preparing for the Olympics since last year and participated in a training camp in China last month. Their trainings are carefully thought out and planned through weeks, consisting of heavy lifting on certain days and short, light practices in between. There are also days for just swimming to soothe the muscles and there is a massage session almost always after practice.

Which nations do we watch out for?

China has the most World Championship golds at 165 while the former Soviet Union are next with 151 golds followed by Bulgaria’s 79.

China led the 2015 World Championships medal table with 19 golds, 13 silvers, and 1 bronze while Russia was a far second with 6 golds, 7 silvers, and 5 bronzes. and North Korea had 4 golds, 4 silvers, and 4 bronzes.

In the 2014 edition, China, North Korea, and Russia were at the podium for total medal count.

However, Russia’s hopes of more weightlifting success took a major blow after all 8 of its weightlifters were banned in the Rio Games by the IWF on Saturday, July 30, just over a week before the Olympics start.

The banning of weightlifters is another hit to Russia’s already tarnished reputation in the wake of its doping scandal, with about 117 Russian athletes banned from the Olympics as of this writing.

In the 2016 Rio Olympics, Diaz and Colonia will look to break the country’s medal dry spell on Sunday, August 7 (Monday, August 8 in Manila). – Rappler.com