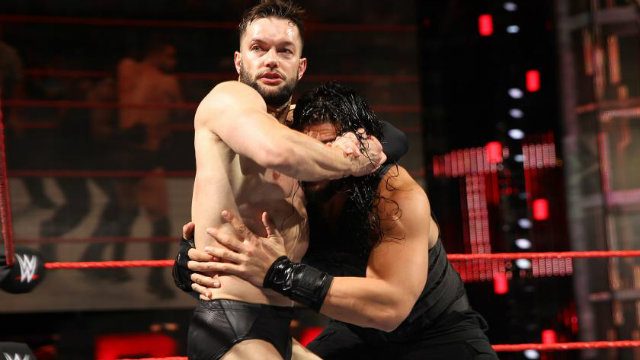 Here’s something we’d never thought we’d see in our lifetimes again: we’re back with the brand split, and this week is officially the new New Era of the WWE.

It’s no longer an obligation to watch RAW just to make some sense of what happens on SmackDown, and vice versa. It’s a gift and a curse, though—that obligation is eliminated, but a new one arises: if you’re a real fan, you’re gonna have to watch everything. Everything. Because there’s now one more set of storylines you have to follow. That’s on top of what we get on NXT (if you watch NXT) and the Cruiserweight Classic (which you should also watch).

That’s 7 hours of must-see wrestling, and if you’re a completionist, you’d also watch Main Event and Superstars too for the lower midcarders who bust their butts putting on good matches fewer people see. That’s a total of around 8 hours. While that’s a lot for any wrestling fan to take in—and we should be grateful—it doesn’t mean we’re not human and we don’t feel fatigue.

What does this mean? Is this model sustainable at all? Does this mean that we’re gonna have to split ourselves up in camps again, for those who want to favor and stick to one brand over the other? We hope not, because everyone deserves the attention, but WWE’s making it real hard for everyone.

Despite that though, the New Era of the WWE is starting off with a bang. I don’t know if this is a thing that’s just happening right now while everything is fresh, and there’s goodwill to be jumped off of, but the first episodes of the new RAW and SmackDown see a WWE that’s committed to building up new matchups. They’re trying new experiments that smarks once only dreamed of, and currently cannot believe are happening. Let’s take a look at the two title matches that’ve been set for SummerSlam next month.

Dean Ambrose vs Dolph Ziggler for the WWE Championship

The WWE Championship is a SmackDown exclusive, just like in the old days when I first started seriously watching the WWE again, and if it didn’t look like SmackDown was going to be the land of promise coming off of last week’s Draft, it sure looks like it now.

Dolph Ziggler pulled off the surprising upset in a Six-Pack Challenge on the first episode of SmackDown Live, and it’s surprisingly (but at the same time, I couldn’t really be too surprised) divided the fanbase. There are those who don’t believe that Ziggler was used well enough in the past couple of years and that he’s become stale and sloppy. Both of those things aren’t necessarily false; there are those who believe that this opportunity could be the shot in the arm that he needs to finally, really take the leap—even if it’s two years since Survivor Series 2014. (If anything, though, I think Dolph needs to turn into the arrogant underdog heel in order for this to be more compelling.)

Dean Ambrose hasn’t been the best wrestler he could be as well lately, but he still commands a sizeable part of the audience simply through his charisma, and I also believe this matchup could excite him enough to do well at SummerSlam.

Bottom line is people are too quick to jump on the gun—there’s so much time to figure this out and make it the compelling angle both men need in a new environment. There really isn’t much to lose by putting faith in both of them. It could’ve been a lot worse—hell, it could’ve been Kane—so let’s see where this goes.

Seth Rollins vs Finn Balor for the WWE Universal Championship

Here’s that other surprising big match for SummerSlam.

No, it’s not that there’s a new top championship just for the RAW brand—most people predicted as much—but that it’s Finn Balor, fresh out of NXT, competing at the SummerSlam main event.

The match is a testament to RAW’s new direction as the bigger brand with bigger promise, and the result is the clear punishment for Roman Reigns. It could also very well be a rib on Balor, throwing him in the deep end with the sharks just to see if the hype is real. Everyone who’s seen Balor knows the answer to that, though, and that’s why this is the high-key more exciting SummerSlam title match, where Ambrose/Ziggler is the lower-key spectacle, the sleeper, if you will.

You can’t help but feel bad for everyone else, though, as there were certainly other deserving names to put in that spot if the WWE was going with a guy like Balor. Who’s to say that Cesaro couldn’t have done better in that same spot? Or someone like Sami Zayn? I can’t help but feel they’d be a bit slighted by this oversight, but if that puts a chip on their shoulder and makes them fight even harder, I can’t complain too much. – Rappler.com

Do you listen to podcasts? Would you want to listen to a local podcast about pro wrestling? If the answers to those questions – especially that last one – are yes, then you should check out the cleverly-named Smark Gilas-Pilipinas Podcast, featuring Mellow 94.7 DJ and PWR General Manager Stan Sy, wrestling writer and Wrestling God Romeo Moran, and all-around multimedia person and former voice of PWR Raf Camus! This week, they talk about the week in wrestling and more importantly, part of the Wrestling Gods’ interview with the one and only Big Show!