MANILA, Philippines – After 9 months, Manny Pacquiao is back on the PBA hardcourt.

The Filipino boxing legend turned senator returned to the PBA for the first time in 9 months after he was reactivated by the Mahindra Enforcer in lieu of injured starting guard LA Revilla.

(WATCH: Pacquiao warms up in return to PBA)

Pacquiao played for 3 minutes against the Alaska Aces, entering the game at the 2:59 mark of the opening period before subbing out by the start of the second.

Abueva gave Pacquiao a rude welcome as he took advantage of the mismatch, faking off Pacquiao, shoving him to create space, and ultimately scoring back-to-back triples over the boxer.

Pacquiao tried for one field goal, a jumper, but it bounced off the ring. He was also -4 in the time he spent on the floor.

Check out photos of Pacquiao’s PBA return below. 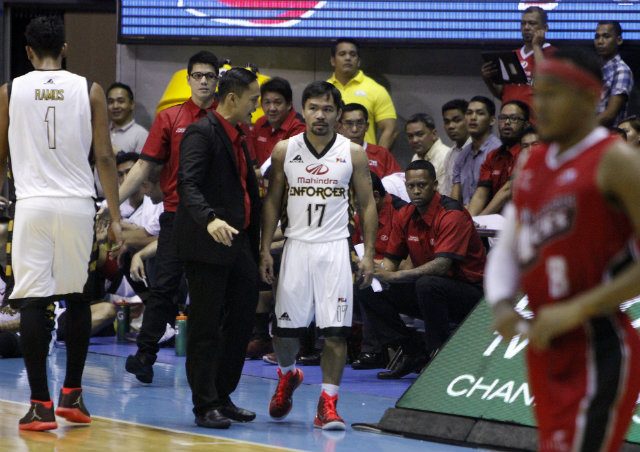