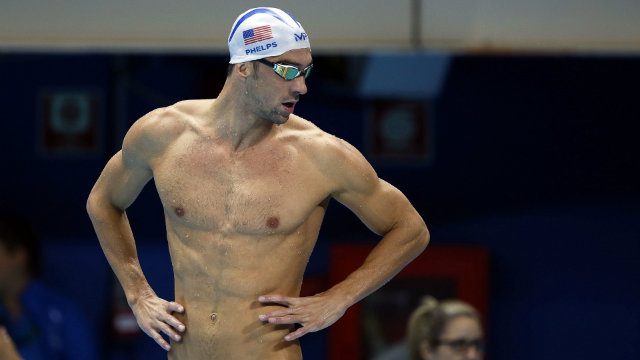 RIO DE JANEIRO, Brazil – Swimming superstar Michael Phelps will launch his bid for more gold medal glory on Sunday, August 7 as the second full day of competition at the 2016 Olympics sees 14 gold medals up for grabs.

Phelps, the most decorated Olympian of all-time with a staggering 18 gold medals, is likely to lend his talents to the United States’ quest to win gold in the 4x100m freestyle relay.

The Americans, however, face a stiff challenge from a powerful Australian quartet led by in-form sprinter Cameron McEvoy.

Phelps, who came out of retirement for one last crack at the Olympics in what will be his fifth Games, has the backing of US legend Mark Spitz, who is tipping the 31-year-old to win “several” medals in Brazil.

“I think Michael is going to do great,” Spitz told AFP in Rio. “This is his swansong, if you may, and he’s going to make every single stroke count.”

The other headline star of the US swimming team, Katie Ledecky, also goes for gold in the 400m freestyle.

Ledecky is bidding to become the first woman since Debbie Meyer in 1968 to win the 200m, 400m and 800m free golds at the same games. The 19-year-old defending champion has never been beaten in the final of a major international championships.

Britain could win their first gold medal of Rio in the 100m breaststroke after a world record-breaking performance in Saturday’s early rounds.

In total four golds will be decided in the pool on Sunday.

British cyclist Lizzie Armitstead will meanwhile seek to put a simmering controversy over three “missed” drugs tests when she chases gold in the woman’s road race.

Armitstead won an appeal against suspension after last month which kept her Olympic dream intact, four years after she clinched silver in London.

Other sports with medals on offer on Sunday include, diving, which sees Chinese star Wu Minxia chase a seventh Olympic medal which would take her past legendary predecessor Guo Jingjing. Wu is entered in the three-meter synchro event.

Archery, fencing, weightlifting and shooting will also see golds on offer while in judo, double world champion Majlinda Kelmendi will aim to win a maiden gold medal for Kosovo, competing at the Olympics for the first time.

The judo star went to the 2012 London Olympics and competed for Albania as the International Olympic Committee had not yet recognised Kosovo.

In a non-medal action on Sunday, host nation Brazil face Iraq in the men’s football tournament bidding to bounce back from a disappointing 0-0 draw in their opening game against South Africa.

It will be an opportunity for Brazilian superstar Neymar to win over critics after the team was booed off the pitch in their opening game last week.

Neymar is shouldering the burden of expectation from Brazilian fans, still scarred by the memory of the team’s humiliating 7-1 exit to Germany in the semi-finals of the 2014 World Cup.