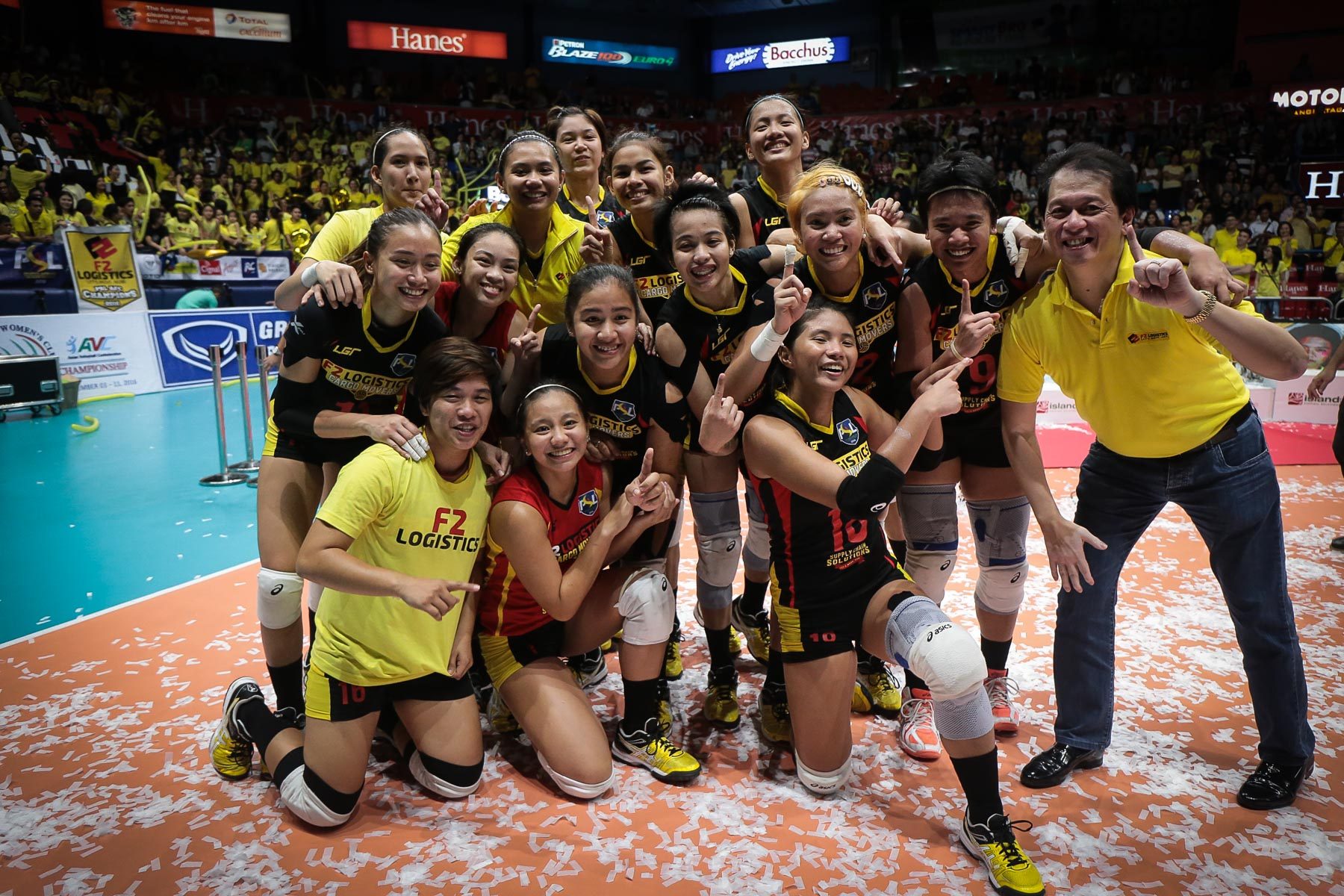 MANILA, Philippines (UPDATED) – They are known for always putting up a fight until the end of every game and they proved it with a title win today.

After being down in the second game of the best-of-3 finals series, the F2 Logistics Cargo Movers bounced back in game 3 and ran away as the new Philippine Superliga All-Filipino Conference champion after finishing off a slumping Foton side, 18-25, 25-18, 25-21, 25-19, Wednesday night, August 17, at the FilOil Flying V Arena in San Juan.

Jaja Santiago and EJ Laure of the Tornadoes put up a scoring fest in the first set, firing points here and there to gain early momentum into the game, 25-18, but F2 Logistics managed to steal the momentum.

A Cyd Demecillo point and two consecutive aces in the second frame changed the atmosphere of the game.

The already loud F2 crowd grew even more hysterical in the fourth set as the Cargo Movers destroyed the defense and neutralized the offense of the error-plagued Foton Tornadoes.

Foton even attempted to cut the lead from 16-11, to 16-14, to extend the game, but F2 stopped the bleeding with an Ara Galang attack as Coach Ramil De Jesus’ squad – whose core is bolstered by La Salle stars – looked to close the door.

Dawn Macandili is the Conference Most Valuable Player and Best Libero.  – Rappler.com