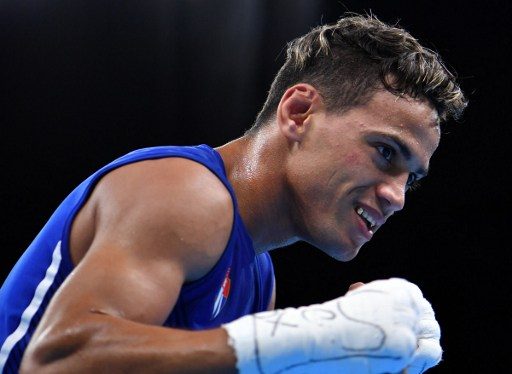 The American Shakur Stevenson, who will turn professional with Mayweather after the Games, was left distraught and in fits of tears after he suffered a split-points decision loss to Ramirez, 22, who won flyweight gold at London 2012.

Stevenson, 19, regarded as a star in the making, was so upset that he was unable to speak to reporters afterwards and was still downcast as he reluctantly received his silver medal.

US coach Billy Walsh said it was a fair verdict from the judges, who have been in the spotlight in Rio after some controversial decisions.

“A little bit more work in the last round and he could have won it, but he’s very upset. He’s young and he’s showing his immaturity now, he’s still a baby and it’s a big occasion for him.

“He’s been youth champion, youth Olympic champion, he’s won everything so it’s hard for him to take, to be on the end of a defeat, especially in an Olympic final.”

This was a classy and eagerly anticipated contest between two of the finest boxers on display in Rio.

And there was very little in it from the off, with the crowd firmly behind the Cuban and boos every time there were a smattering of chants of “USA! USA!”

The third round was especially cagey and close, although roars went up when Ramirez caught Stevenson with a combination that had him back on the ropes.

Stevenson was enjoying this, smiling at the punishment and the challenge in front of him.

But he looked in some more trouble at the end of the third as Ramirez closed on a second Olympic gold, and even beckoned the American on at the end – beating his chest and urging more from his foe.

Ramirez celebrated victory with a backflip that drew more cheers from the 9,000-seat arena.

Bronze went to Murodjon Akhmadaliev of Uzbekistan – beaten by Ramirez in the semi-finals – and the Russian Vladimir Nikitin, who failed to make the semis with Stevenson after suffering too much punishment in his controversial, previous fight. – Rappler.com